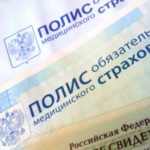 ro the forthcoming reform of the CHI is written and said not just a lot, a lot. Experts, analysts, bloggers are trying to get to the bottom of the truth, understand, how much is needed now, in a difficult epidemiological situation, intervene in work, albeit far from ideal, but, Nevertheless, a perfectly functioning mechanism of the health care system. AND, especially, to act in such an emergency-conspiratorial mode, without wide public hearings and discussions. What is behind the government bill - poor study of the topic, failure to take into account the interests of all participants in the CHI system or radical restructuring of the latter? Let's try to figure it out.

The Ministry of Health's idea is, to highlight the federal segment in the CHI system, in which the role of the insurance company should be performed by the Federal Compulsory Health Insurance Fund (FFOMS), not private insurance companies, like now. The volume of medical care and the standards for the cost of it, as conceived by the authors of the bill, will be established by the government.

Insurers, naturally, we strongly disagree with this formulation of the question and have already addressed letters to President Putin and head of government Mishustin with a proposal to stop this and other changes in the OMS. So, President of the All-Russian Union of Insurers (BCC) Yurgens expressed confidence in a letter to Putin, that the reform will inevitably lead to a decrease in the quality and availability of medical care for citizens and the destruction of the unified compulsory medical insurance system. Similarly, the heads of the largest insurance companies in a letter to Mishustin expressed their concern about, that the reform will create conditions, significantly reducing the level of competition for the patient as among healthcare providers, and among insurance companies, reinforcing bureaucratic and corruption components in the management of the industry, aggravating regional differentiation of financing of medical organizations in the constituent entities of the Russian Federation.

At a meeting of the State Duma working group on insurance, representatives of the Bank of Russia and the Ministry of Finance also refused to support the bill, for the reason that, that he was not analyzed in any way for possible consequences and does not answer the question, What will happen, if insurers leave the market due to the unacceptability of new standards for the cost of doing business. Changes in their current form can corny harm to hospitals, because none of the market players is ready to lose their income, so, as it was before, shortfalls in funding, likely, will be offset by an increase in financial sanctions of insurers to medical organizations.

Independent experts agree, that the bill is still damp and perplexed, why FFOMS is ready to cooperate only with federal and refuses to work directly with private clinics, though, according to the Ministry of Health, “Direct flow” increases the availability of health care. Given that, that there are practically no unique medical services in the Russian Federation today, which are provided exclusively by federal centers: similar medical care can be provided by private, and departmental, and regional, and regional hospitals, the logic of the Ministry of Health goes beyond understanding. In this regard, Attention is drawn to the words of the president of MAKS-M Khalfin that, what, as a result of the reform, in fact, two health systems are being created: alone – on the basis of federal medical institutions, without the participation of insurance companies - this is the "elite part, high-ranking, high-quality and for certain categories of citizens. Another - with the participation of insurance companies - on a leftover basis for all others. And the problem here is not even that, that the health care system is becoming two-headed, but in that, that this leads to a heterogeneous treatment of patients.

Not hard to guess, that the removal of federal hospitals into a separate caste will lead to an explosive growth of corruption and clout in them, especially since in a pandemic, planned operations are already carried out with a creak. As a result, cause for public discontent, which, don't go to grandma, will be on 100 percent used by the opposition in their political purposes. I.e, the adoption of the bill in its current form is fraught with not only social, but also political consequences.

At the Ministry of Health, participating in the development of the bill, I strongly disagree with the above claims, assuming, that insurers, in their own interests, thicken the colors. It is FFOMS, emphasize ministry representatives, according to federal law, is an insurer in the CHI system, therefore no one takes anything away from insurers. FFOMS simply regains its powers, which were previously transferred to insurers. State Duma deputies on the side of the government, which, in other respects, is not particularly surprising, considering the personal financial interest of some of them in the issue under discussion. Who will be the winner in the battle for public money is not yet very clear, there are strong lobbyists there, and there. Quite possible, the President will again have to reconcile opponents. Ordinary people do not care about all these twists and turns, the main thing for them, to make medical care more accessible and of better quality. Hopefully, so as a result it will be.