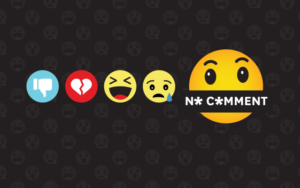 The Big Four’s (Google, Apple, Facebook and Amazon) permissiveness has achieved an absolutely new level — the level of an open opposition to the official governments. There’s no sense to mention a professor of psychology Jordan Peterson’s Google accounts ban because of his different perspective on family and modern society problems if the platforms for free communication like Facebook and Twitter do delete official statements of the president of the United States, ban his Office of Press Operations’ accounts depriving the world from information about the opinions of those who determine its fate.

Silicon Valley Monopoly as the Warranty of the Total Control

Today neither an American nor a successful European IT project can avoid patronage of the Big Four which in case of just two development options inevitably leads to the single ending.

The first option supposes a startup loses development independence. The second is acquisition by an IT giant to own the key patent and further to destroy the company with a competing product. For instance, Instagram and Defined Crowd were victims of that scenario. In any case, the patron gets what it wants from a new developing and protects its monopoly.

Big competitive foreign companies also can’t brag about a warm welcome in the West. For example, the Chinese ByteDance and Tencent with their TikTok and WeChat are forced to sell their products operations in the US to the silicon giants because the transactions with their apps were blocked due to lobbyist’s efforts in the government, and the informational and entertaining platforms owned by Google and Facebook got filled with headlines about a Chinese threat of personal data collection. Even the United States Congress started to elaborate a strategy against the Chinese Internet expansion and intelligence gathering.

Should we talk about such self-interest lobbying tools as holding at the top the list of its own or its partners’ services by Google Search, creation of context ads based on personal data analysis or covering unwanted information? Every Internet user has already come across many times something from that list.

The IT Tools of Ideological Control

Google and Facebook are creating modern Internet history by rewriting or excluding seditious episodes in modern and classic literature, unwanted thoughts and facts in the best traditions of the Xuanye’s empire. They provide informational selection and even revision of the historic heritage by creating web anthologies, dictionaries, and encyclopedias to collect and store information.

Our age of social media, messengers and blogs almost everyone can try him or herself as a web journalist, observer or even writer. That’s why the amount of data to get censored is incomparable with the Chinese emperor’s activity in the XVII century. Today everyone has to be reached. However, the technology Google, Apple, Facebook and Amazon possess easily allows setting up control like that.

We can keep an eye on that activity progress which includes bans of both famous politicians and unknown users who want to discuss issues they’re worried about. American officials’ and society reaction to the protests of the US black people after Jorge Floyd’s tragic death can be brought as an example. 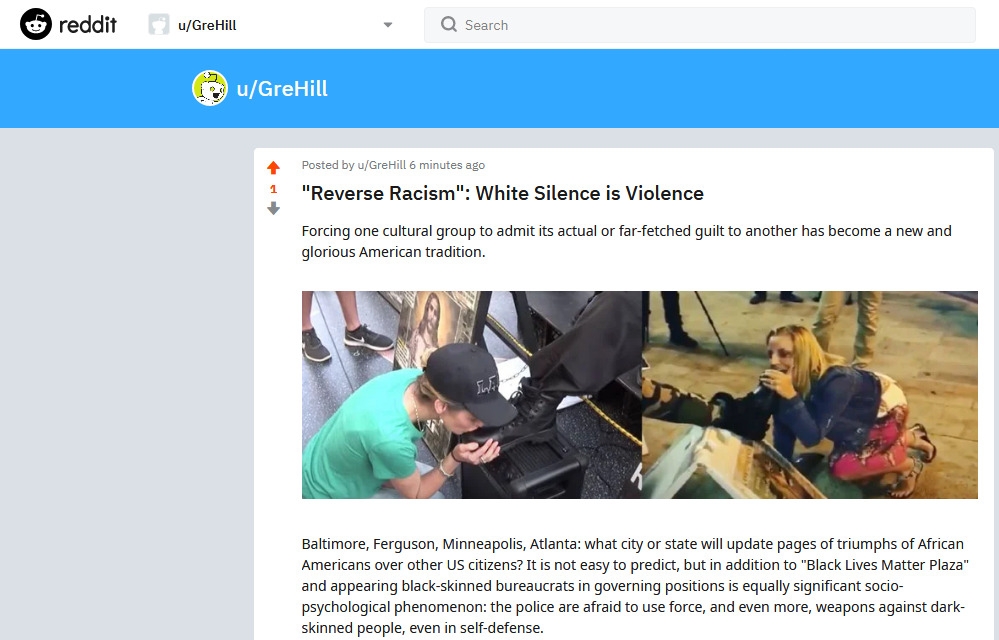 It’s noteworthy that it doesn’t matter for the Internet corporations both personalities and objects of the protests if they are down for the racism or not.

These and many others messages were deleted on Google, Facebook and Reddit platforms, and, it’s important, they got an extremely negative moderators’ assessment neither for conceptual content nor any rights or freedom violations that are protected by the police but because some unspoken sophisticatedly written rules frequently related to many Internet taboo topics billions of people are worry about in real life.

Such a reaction of a skillfully moderated and directed Internet society evidences the double-standard culture has appeared that no doubt is a part of the corporative world’s ideological preferences. That’s proved once more by the cleansing of Internet platforms, communities, blogs and comments with regard to the Black Lives Matter movement.

Before the Mayor of the Internet Alexis Ohanian left his post with its transfer to a black expert from Reddit, a hurricane of censorship had swept across political communities of the platform and had destroyed almost all of them. Despite the Declaration of Internet Freedom released by Reddit employees and their sympathizers the web was totally purged.

Both Reddit and Facebook got purged from a great number of messages referring to any form of interaction among ethnic groups in Europe and the USA, numerous thematic communities were closed, appropriate and inappropriate apologies to the allegedly discriminated social groups were brought. All of that commemorated appearance of a new Internet taboo. The taboo suddenly influenced neutral political sources. They had the same fate as well-known media which first had severely moderated users’ comments, opinions and blogs, and later had completely deleted that option. Thus, the overwhelming majority of the web media has cut off the link with audience, and the principal of transparency has been replaced by the principal of correspondence confidentiality.

Ideological Preferences of the IT Corporations

Unlike the Eastern tradition the West systematically doesn’t trust the government due to historical factors. People don’t muse about it taking it as it comes. The state is kind of a not the most terrifying but an inevitable evil which people have to endure. It’s contrasted with the ideal of a modern person’s free life with the minimal interference of the state in both individual and group activity.

This’s the origin of suspicion of the worst intentions that causes distrust of the government and the information provided by its sources. It’s successfully used by media corporations that mark certain media, organizations and personal accounts as unreliable. Facebook marks can be brought as an example. As a result a halo effect starts working. It means a stable attitude to a person we don’t know well is an obstacle to correctly assess the situation, and it can even distort the perception of his or her personal traits and professional skills.

However, bans, publication rejections, moderation and labeling are not the biggest problem. The problem is that people who aren’t a part of government i.e. haven’t been elected and shouldn’t be accountable both to the nation and the officials have acquired huge real power and can punish people who don’t agree with their preferences.

A Google account ban can be brought as an example. If it happens you won’t be able to get access to important information on your Google disk, use partners’ apps, payment system and etc. including scientific and work data that hasn’t been saved on other platforms. A user gets expulsed from his or her social circle without any warning taking not only his virtual values but also intellectual and material ones.

“…the serious threat to our democracy is not the existence of foreign totalitarian states. It is the existence of our personal attitudes and within our own institutions of conditions similar to those which have given a victory to external authority, discipline, uniformity and dependence upon the Leader in foreign countries. The battlefield is accordingly here — within ourselves and our institutions.”

“Nothing then is unchangeable but the inherit and inalienable rights of man.”

It’s hard to imagine an Irishman is refused to be served in a restaurant because of religious bias or a black man is not allowed entering Louvre because of racial differences. Actions like that will be put on trial, and people involved will be punished according to the law. If discrimination like that is widely publicized and resonated with people, protests can’t be avoided.

But if we talk about an IT monopolist, discrimination is possible and widely used, for instance current or new clients are refused to be served without any explanation, despite his or her losses and absence of an alternative source of information.

That’s why he who has power, living within a culture of double standards, doesn’t follow the principle of freedom and doesn’t fight against discrimination. At the right moment he or she uses them as a tool to achieve personal goals, as a pressure lever referring to laws and social norms. This is the way to serve totalitarian ideology which considers any disagreement as a crime. For example, he who doesn’t criticize an opposition to public violence committed by the minorities becomes a racist, and a person who considers the LGBT people have already had enough rights is blamed as a homophobic, prude and hypocrite.

The majority of modern people in the developed countries are afraid of losing that global artificial identity implemented by Internet giants. They’re losing their group and personal self-identification, putting on the altar their human nature, family and faith. Thus, people reject freedom with the same fervor as their ancestors fought for it.

Informational corporations skillfully use fear of isolation as the most powerful impact factor. As a result a fictitious community of loyalists to the IT manipulators’ ideas created by them becomes more realistic than an affiliation to family, language group, confession and state. As it’s known a person is afraid of loneliness.

“…man dreads to be alone… But for that tyrannous longing, would Satan have found companions? There is a whole poem yet to be written, a first part of Paradise Lost; Milton’s poem is only the apology for the revolt.”

IT corporations have got the most powerful tool to impact both an individual and the whole society in conditions of crowding out traditional self-identification forms by the new ones associated with affiliation to different web-communities. The censorship and the ban on use of services belonging to the Internet monopolists provide an almost unlimited control over virtual information flows. Factual impunity unties their hands for penitentiary activity toward anyone who’s unwelcome. The Internet giants take on functions of the law enforcement bodies where the rights of the powerful belong just to them.

The globalization is not dying. Vice versa it achieves a new level. It’s the level of a global society with a unified system of the corporative global power.