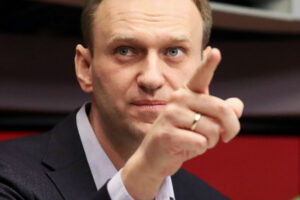 Alexei Navalny’s poisoning case is among the most popular topics on pages of the world media that continue to spread more and more details, often competing with one another and stirring hysteria about ‘the heinous poisoning’ of the main Russian opposition figure, which has been allegedly committed by ‘the direct order of the Kremlin’. At the same time, as if there’s general guidance on this matter, European politicians of all rank make grand proclamations, threatening Russia with the next package of tough sanctions and with ultimate refusal to implement the project Nord Stream 2.

This all would look almost exactly like the well-worn story of the Skripals’ ‘poisoning’ if there were not two ‘buts’. First of all, the undisguised provocative story with Navalny, who is receiving treatment in Berlin (where the notorious agent Novichok has been found in his tests for the first time), becomes a systemic crisis in relations between Russia and the West. Since the G7 has joined efforts to put pressure on Moscow, acting at the instigation of Germany and accusing Russia of poisoning a key leader of Russian opposition, as well as, its involving in a breach of the Chemical Weapons Convention, relations of Moscow and Berlin, who have been close partners in the recent past, are progressing in accordance with the worst-case scenario. Germany demands Russia to conduct a transparent and impartial investigation. In its reply, Moscow accuses Berlin of closing the door to dialogue and denying access to the evidence by escalating the anti-Russian campaign. The threat of collapse in Russian-German relations signals a loss of hope for resumption of constructive dialogue with the EU and holds out the prospect for new confrontations with the USA.

Second, as different from the incident in Salisbury, Navalny’s incident will inevitably lead to narrowing the area of existing disagreements in the relationship between the USA and its European allies. The proof of that is the fact that now not only the US President D. Trump, but also German Chancellor A. Merkel, contrary to all her previous categorical statements, ‘does not rule out’ the possibility of imposing sanctions against the Nord Stream 2 pipeline, which should be understood as a total freeze on the project. Such a sudden change in position of the Chancellor of Germany could be connected to the fact that Merkel and then other European leaders have unofficially decided the fate of this key project for Europe energy security just to please the USA and to demonstrate their loyalty and readiness to return back to the common political platform with Washington right after the election victory of the Democratic presidential nominee Joe Biden. To all seeming, Merkel and other heads of European states have already no doubt that Biden, rather than Trump, will become a new tenant of the White House, thereby breaking into the single ‘liberal mainstream’ with the US Democrats.

As for Joe Biden, he expressed confidence that the primary responsibility for Alexei Navalny’s poisoning lies with the leadership of Russia, as well as, he didn’t miss an opportunity to criticize the current US President for failure to act on this matter. Under severe pressure from his competitor Donald Trump, whom his opponents regularly accuse of having ‘a weakness for Putin’, will have to respond to the situation with Alexei Navalny. The current incumbent of the Oval Office has no choice but to join the emerging single Euro-Atlantic front against Russia or try to, at least, pretend that he is interested in it and to prepare the way to the front for his likely successor.