Can you imagine telling Picasso what had to be in his f**king paintings! Kirstie Alley hits out at the Oscars over their new representation and inclusion rules for Best Picture 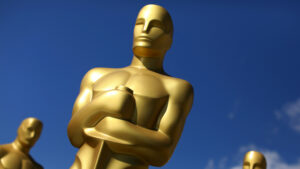 Actress Kirstie Alley raged at the Oscars‘ ‘dictatorial’ new diversity rules last night – claiming they were akin to ‘telling Picasso what had to be in his f***ing paintings’.

The Academy Awards shake-up means films hoping to win Best Picture from 2024 will have to hire more black, female, LGBT or disabled cast and crew or address themes that affect those communities.

Academy chiefs say the rules are intended to ‘better reflect the diversity of the movie-going audience’, but critics accused ‘Woke Hollywood’ bosses of turning the Oscars into a ‘weapon against anyone who disagreed with their politics’.

The move comes after months of race protests in the US and years of pressure from activists who have called for a boycott of the glitzy event.

‘The new RULES to qualify for Best Picture are dictatorial… anti-artist… Hollywood you’re swinging so far left you’re bumping into your own a**.’

She added: ‘This is a disgrace to artists everywhere…can you imagine telling Picasso what had to be in his f***ing paintings.

Fellow actor Nick Searcy said: ‘The Oscars used to be, just like the movies, something we all shared.

‘Woke Hollywood turned it all into a weapon they could use against anyone who disagreed with their politics. This is how Hollywood destroyed itself, like the NBA, NFL and MLB just did.’

Film blogger Sasha Stone said: ‘If the Academy inclusion mandate makes marginalized people feel they have a better chance getting employed I think that’s a success.

‘But I don’t like that productions will be disqualified if they don’t meet the demands. Just not the purpose of the Oscars.’

Adam Liaw, a TV presenter, described the new rules as ‘arbitrary if well-meaning requirements’ which were ‘not a complete or well-considered solution’ without addressing the lack of diversity in the Academy itself.

Comedian Tim Young said: ‘So minority filmmakers will be left wondering if their movie was actually good or the Academy simply had a box to check. Either way, I will continue to not watch.’

However, others said the ‘representation and inclusion requirements’ – which only apply to the Best Picture award – were not too demanding for Oscar hopefuls.

Movie producer Franklin Leonard suggested that ‘probably somewhere between 95-100 per cent of films that would have even been considered for an Oscar have nothing to worry about’.

Those that do could ‘solve that problem with a comparatively extremely low resource expenditure’ to boost diversity, he said.

Awards season columnist Kyle Buchanan said that many movies might ‘sail through’ the tests because of female representation in costume design, hair and make-up and advertising roles, meaning that the on-screen rules would have little effect.

Films only have to meet two of the four criteria designed to improve hiring practices on and off screen.

‘Here’s the thing… almost every film would still be nominated under the new guidelines,’ Buchanan said.

Film writer Josh Spiegel said: ‘Maybe the problem with the Oscar eligibility rules is that the bar seems to be set at ground level?’.

The initiatives will go into effect with films released in 2024, which will be recognized at the 96th Oscars in 2025.

Films contending for the best picture Oscar in 2022 and 2023 will not be bound by the rules, but will need to submit to the Academy confidential data on the movies’ diversity based on the new criteria.

Despite this, an academic study reported for the first time Wednesday, shows how Hollywood is casting more light-skinned actors for major roles in blockbuster movies in an effort to appeal to a Chinese audience.

Filmmakers are said to have considered ‘Chinese society’s aesthetic preference for lighter skin’ since 2012 when the Communist Party allowed more foreign films to be broadcast.

The report, ‘Can Emerging Markets Tilt Global Product Design? Impacts of Chinese Colorism on Hollywood Castings’, was written in 2017 and published by Johns Hopkins University in February of this year but first reported by Axios this week.

It looked at 3,000 movies from 2009 until 2015 and found an an 8 per cent increase in the number roles filled by of light-skinned actors after 2012 in a move the authors call ‘light-skin shift’.

The film academy came under criticism in 2015 with the social media hashtag #OscarsSoWhite, a backlash against two consecutive years of an all-white field of acting contenders.

Amid mass protests over systemic racism this summer, streaming service HBO Max added a disclaimer and an introduction to the 1939 Oscar-winning Civil War film ‘Gone with the Wind.’

The new guidelines were developed by Academy governors DeVon Franklin and Jim Gianopulos, who lead a task force to develop the standards.

The standards were inspired by British Film Institute (BFI) Diversity Standards, which determine funding for some films in the UK and eligibility in some categories of the British Academy of Film and Television (BAFTA) Awards.

‘The aperture must widen to reflect our diverse global population in both the creation of motion pictures and in the audiences who connect with them,’ said Academy President David Rubin and Academy CEO Dawn Hudson in a statement.

‘The Academy is committed to playing a vital role in helping make this a reality,’ they continued.

‘We believe these inclusion standards will be a catalyst for long-lasting, essential change in our industry,’ the statement concluded.

Marc Samuelson, chairman of the BAFTA Film Committee, said the British academy was ‘delighted’ that the Oscars had adopted similar standards.

Starting in 2024, films will need to meet at least two of four new standards to qualify for Best Picture.

The first standard focuses on ‘on-screen representation, themes and narratives,’ with a film required to meet at least one of three sub-criteria to achieve this standard.

The first of these is that a film must have at least one lead or significant supporting actor’ from an underrepresented group including Asian, Hispanic/Latinx, Black/African American, Indigenous/Native American/Alaskan Native, Middle Eastern/North African Native Hawaiian or other Pacific Islander or Other underrepresented race or ethnicity.

If the film is an ensemble, there must be at least 30 per cent of all actors in secondary and more minor roles who are either women, from a racial or ethnic group, from the LGBTQ+ community or people with cognitive or physical disabilities, or who are deaf or hard of hearing.

The third sub-criteria revolves around the story, which must revolve around women, from a racial or ethnic group, from the LGBTQ+ community or people with cognitive or physical disabilities, or who are deaf or hard of hearing to qualify for this criteria.

If any one of those criteria are met, a film achieves the first standard, with the second focusing on ‘creative leadership and project team.’

To achieve the second standard, a film must meet at least one of the three criteria below.

The first says that a film must have at least two creative leaders or department heads in the following roles – Casting Director, Cinematographer, Composer, Costume Designer, Director, Editor, Hairstylist, Makeup Artist, Producer, Production Designer, Set Decorator, Sound, VFX Supervisor, Writer – who are either women, from a racial or ethnic group, from the LGBTQ+ community or people with cognitive or physical disabilities, or who are deaf or hard of hearing.

Of those two positions, at least one must be from the following groups: Asian, Hispanic/Latinx, Black/African American, Indigenous/Native American/Alaskan Native, Middle Eastern/North African Native Hawaiian or other Pacific Islander or Other underrepresented race or ethnicity.

The second sub-criteria states that at least six other crew members/technical team members must be from an underrepresented group, including positions such as First AD, Gaffer, Script Supervisor.

The third criteria states that the entire crew must be comprised of over 30% of those from underrepresented groups such as women, from a racial or ethnic group, from the LGBTQ+ community or people with cognitive or physical disabilities, or who are deaf or hard of hearing.

The third overarching standard focuses on Industry Access and Opportunities, with two criteria, both of which must be met.

The first criteria is that a film’s studio or production company must have paid interns who are from the following groups: women, from a racial or ethnic group, from the LGBTQ+ community or people with cognitive or physical disabilities, or who are deaf or hard of hearing.

Major studios are required to have, ‘substantive, ongoing paid apprenticeships/internships inclusive of underrepresented groups (must also include racial or ethnic groups) in most of the following departments: production/development, physical production, post-production, music, VFX, acquisitions, business affairs, distribution, marketing and publicity.’

Mini-major and/or independent companies/studios must have, ‘a minimum of two apprentices/interns from the above underrepresented groups (at least one from an underrepresented racial or ethnic group) in at least one of the following departments: production/development, physical production, post-production, music, VFX, acquisitions, business affairs, distribution, marketing and publicity.’

The second criteria states that a film company must offer, ‘training and/or work opportunities for below-the-line skill development to people from the following underrepresented groups: Women, Racial or ethnic group,LGBTQ+, People with cognitive or physical disabilities, or who are deaf or hard of hearing.

The fourth and final standard relates to Audience Development, which states that the studio or production company must have ‘multiple in-house senior executives’ from underrepresented groups on their publicity and marketing teams.