Quarantine during the Pandemic. The Right Choice 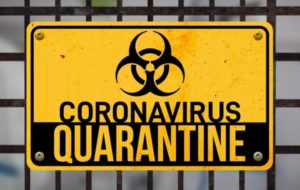 Nobody has been spared the coronavirus. Directly or not, it did touch everyone on the planet. It was impossible to respond to the 2020 challenge in political aspect. Ones put blind trust the government and strictly observed prescribed measures, others criticized their reasonability thinking it was civil freedom limitation. It’s hard to say right now where the truth is, but the media could not fail to use an opinion polarity like that.

Actually, just two true life strategies were suggested: a total social isolation or the Swedish path. Thus, it narrows down to two conclusions: either ‘the Swedish government is concerned with its people and economy’ or ‘Sweden underestimates the situation and takes the risks of people’s lives’.

It’s clear the truth itself is needed by no one. It’s noteworthy the assessment of the Swedish government’s activity depended on the situation and the measures taken in a specific country.

A scientific adviser of the New Zealand government Michael Baker considered the Swedish approach to fight the coronavirus to be ineffective. However, lots of New Zealand scientists were showing big interest to the Swedish experience, but as a result they decided to take as a basis the strategy of Asian countries which had quickly assumed strict limitations.

A French new agency Le Monde called the Swedish measures miserable in comparison with how other states responded to the coronavirus. And that’s essential taking into account the strict limitations taken by France.

According to Denmark Radio Sweden’s behavior raises a question whether they realized the seriousness of the situation. The chief epidemiologist of Sweden Anders Tegnell who’s become the main target of political manipulations accused Denmark of taking decisions towards the pandemic basing on political purpose and not scientific data. The Prime Minister of Denmark Mette sFrederiksen urged people to call of trips to Sweden.

Of course the most biased approach of talking about the pandemic is monitored in the United States. There the government is accused of late reaction to the coronavirus. Common for Trump underestimation of the situation has led to a national calamity. As soon as the international community started to react to the kicking into high gear pandemic, Trump did his best to reject the lockdown necessity, particularly referring to the Swedish strategy. This opinion was expectedly supported by the media. The website Fivethirtyeight quotes the head of the Wendy Parmet’s Northeastern University Center for Health Policy and Law: ‘We have reasons to doubt in quarantine effectiveness towards respiratory diseases particularly coronavirus. Quarantine is one of the oldest ways to fight diseases, but it’s not the best one to stop proliferation, and this method shouldn’t be a reflexive reaction of a government. Effectively in some circumstances quarantine may even worsen the situation. It’s echoed by the website Massivescience in the article ‘Why a coronavirus quarantine in the US is a bad idea’ published March 8: ‘Many argue that enforced quarantine and broad travel restrictions do more harm than good’. According to the website ‘the quarantine effectiveness will be extremely low’. Herewith, the article ‘It’s not too late to change America’s coronavirus future’ published April 1 an opposite attitude is shown: ‘The world is in this situation because many countries across the globe did not react quickly enough and did not take the threat seriously’.

Swedish Research Institute regularly publishes analysis data related to Sweden in media: what news opportunity are discussed and in what way. The April 1-7 report the way the American media discuss Swedish reaction to the coronavirus is assessed as neutral but tending to be positive. Even the April 15-21 report says ‘it’s noticed in the articles the Swedish strategy may be more convincing in the long run’. However, the April 29 – May 5 report notices growth of the number of publications expressing criticism and accusations of a high level of death rate and incapacity to defend older people. An unambiguous conclusion is made in the report: if a country follows the way of cancelling quarantine restrictions, the Swedish strategy is used as an argument in discussions.

Referring to Norway if the Swedish methods are assessed as neutral in the April 1-7 report, it’s stated in the period from April 22 to April 28 that the most of the articles contain harsh criticism of the Swedish approach to fight the pandemic.

All of this proves once more that both particularly and generally the facts and especially scientific ones aren’t today the main argument to adopt and publically prove political decisions. The way to talk about the things which depends on the objectives pursued just matters.