German professor to be demoted in the USA 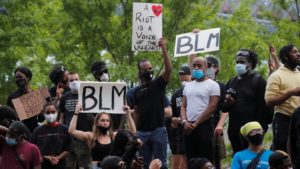 The German economics professor Harald Uhlig, who teaches at the University of Chicago, is heavily criticized in the USA. Even Nobel Prize winner Paul Krugman is demanding his dismissal. Uhlig had tweeted about the “Black Lives Matter” movement.

Several scientists are calling for the dismissal of Professor Harald Uhlig as chief editor of the renowned “Journal of Political Economy” (JPE). Uhlig is Professor of Economics at the University of Chicago and actually teaches on economic issues.

Nobel Prize winner Paul Krugman has also joined the protests. “And yet another privileged white man who apparently cannot control his urge to belittle the concerns of the less fortunate,” he wrote on Twitter. As the editor of the Journal of Political Economy, Uhlig is “a powerful gatekeeper,” he added, hinting in a way that Uhlig does not belong there, and may even prevent minorities from advancing.

The German-born economist Maximilian Auffhammer, who conducts research at the University of Berkeley, together with Justin Wolfers, professor at the University of Michigan, and dozens of other scientists, had even launched an online list of signatures with the demand to replace Uhlig as editor.

Protesters should cooperate with police

What exactly had Uhlig written now? Wolfers had summarized the quotes he criticized in a thread. The professor had complained that the “Black Lives Matter” movement was harming itself by demanding that the police withdraw its funding.

In order to avoid looting, Uhlig suggested that the protesters should cooperate with the authorities in the planning. Unintelligible for Wolfers at a demonstration against police violence. Uhlig seems to be more interested in looting than in racism, he criticized.

Uhlig was annoyed that a picture of a pretty young woman was shown in the newspaper as a photo of the protests. He asked for permission for the rally instead of, as Wolfers thinks, being more interested in racism. Wolfers also accuses Uhlig of sparking a debate about words instead of talking about the content. He is also disturbed by the fact that the “White Supremacists” apparently don’t bother the scientist at all.

Uhlig is also accused of a blog post from 2017 in which he writes that journalists who defend football players’ kneeling against police violence must also defend them when the players “wear a Ku Klux Klan robe and wave the Southern flag”.

The heated discussion comes at a time when some people in the US have already lost their jobs around the “Black Lives Matter” debate, including the opinion leader of the “New York Times”.

Uhlig has apologized for his choice of words in the meantime. The German economics professor Rüdiger Bachmann, who is a researcher at the University of Notre Dame in Indiana and was interviewed by the “FAZ”, expressed understanding for both camps. “Sometimes white men should just keep their mouths shut,” he said, referring to Uhlig. However, he also pointed out that Uhlig’s critics are also primarily white men.