Christopher Columbus statues torn down, drenched in paint, defaced in cities across country 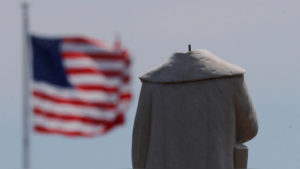 They hacked off his head in Boston, threw him in a lake in Richmond, Va., drenched him in red paint in Miami, and dragged him down from his pedestal in St. Paul, Minn.

Protesters in cities around the United States have been tearing down, defacing and otherwise vandalizing statues of Christopher Columbus as an offshoot of the protests over George Floyd’s death.

In St. Paul, news crews stood just a few feet away recording video as protesters tied a rope around a statue and pulled it down from its base at the steps of the State Capitol Wednesday.

A group of demonstrators had promised earlier in the day to tear down the statue, Minneapolis-based Fox 9 reported. After tying a rope to the statue and dragging it down, the protesters reportedly danced and spit on it. Video shows one man posing for news cameras with his foot on the back of the statue’s head.

In Boston, police opened an investigation Wednesday after the namesake statue in the city’s Christopher Columbus Park was beheaded overnight.

Photos from the scene show the statue surrounded in police tape and Columbus’ head on the ground next to an evidence marker.

In downtown Miami, a Columbus statue had its head and face painted red, according to images posted on Twitter by WSVN reporter Franklin White. There was also graffiti along the base that included “George Floyd,” “BLM” (Black Lives Matter), and depictions of a hammer and sickle.

And in Richmond, where a judge on Tuesday issued a temporary injunction against the removal of a statue of Confederate Gen. Robert E. Lee, protesters pulled down a Columbus statue, lit it on fire and then tossed it into Fountain Lake.

During that incident — which reportedly followed a peaceful protest for indigenous people — the statue’s base was also spray painted and someone left a cardboard sign on top of it that read “Columbus represents genocide.” 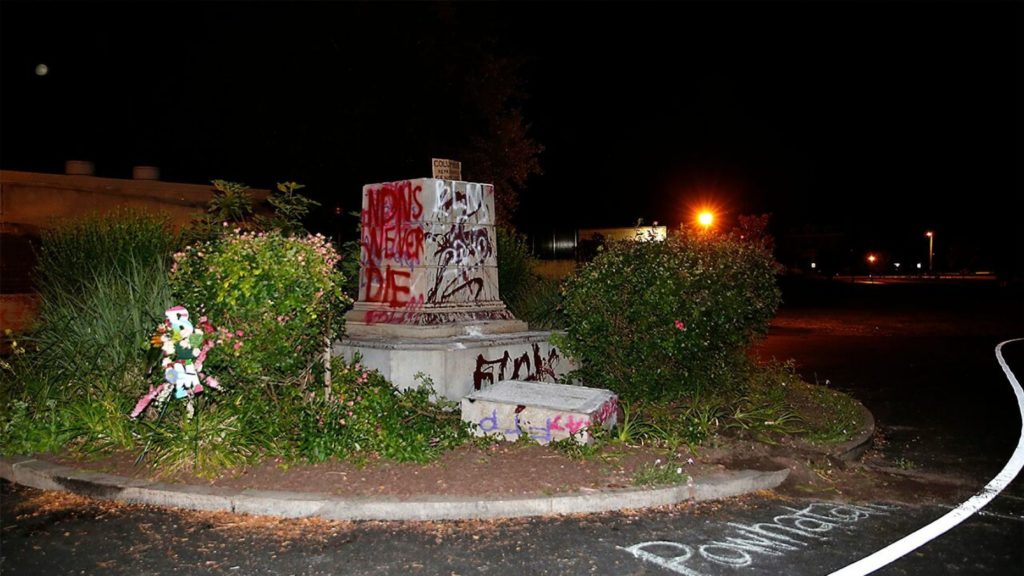 Columbus was an Italian Renaissance-era explorer who led the expedition that preceded the European colonization of North and South America — and, as a result, he has been both celebrated and denounced as a historical figure.

There is also a movement that calls for the replacement of Columbus Day with “Indigenous Peoples’ Day.”

0
Christopher Columbus 2020-06-11
sc
Previous: Adama Traoré: Marion Maréchal denounces the “stupidity” of the government, which gives in to the “law of emotion”
Next: German professor to be demoted in the USA
Subscribe
1 Comment
Oldest
Newest Most Voted
Inline Feedbacks
View all comments