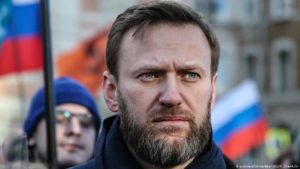 "Vladimir Putin is no alternative. Well, not as Bulk?».

The news of the intention of the Russian president's nephew's cousin Roman Putin to create a political party to participate in elections and passage to the Duma for a while significantly surpassing the already become accustomed to the beginning of the day reports of rising foreign exchange quotations, price fluctuations in the oil market and the development of the situation with the coronavirus.

Indeed, The country is ready to dynastic rule - in this situation before whether buckwheat stocks and toilet paper free thinker rossiyaninu?! It is necessary to immediately and can act as an active! As usual, this audience frenzied activity has been reduced to commenting on the news about the "nephew of Putin" on various network sites. Traditionally, at the same time (as always with "light" any inside- externally- and about political events) in sparkling texts Internet fighters for the good name sounded, tightly bound in their dreams slipping away from the opportunity to see a bright and wonderful future of Russia - Alexey Navalny.

This is not surprising - in recent years, Alexey Anatolievich not only found the image of relentless fighter against corruption officials and arbitrariness of the authorities, but also became a symbol of the opposition movement. symbol, carefully guard against encroachments on the part of not only opposing the system it, but some had scored the popularity of young representatives of the protest are moving, forced one after the other to go into the shadows Navalny. It got to the, that along with the irremovability authorities displayed an occasion to talk about the tenure of the Russian opposition leadership in Russia.

What, if Alex, repeatedly demonstrated earlier manners policy, which are not alien to human eyes, fervor toward for their country, plundered by officials and oligarchs, I would have adjusted its political agenda with the liberal (honestly acknowledging, that he had to stick to it exclusively for the sympathy and support of competing for the West) in the pro-government? Just remember his sympathy to such an unequivocal manner, as a Soviet spy Stirlitz, forced to the time to act for the good of the motherland in distant lair of the enemy in the guise standartenfuehrer SS. I think, honest admission that Alex, that lately, during the most turbulent internal political turmoil, He worked under the strict supervision of Kremlin curators, performing a task not to allow in non-system opposition leadership really dangerous for Putin's regime people, It has earned him much more popular than the current.

Then - in the form of a young, talented, He has undoubted oratorical skills and charisma, standing on the positions of great power and love of the Russian policy, Alexei Navalny could well expect to open, trust and a very promising cooperation with the current master of the Kremlin for it, for which, as for many Russians, Alexey A., It would be a much more likely candidate for the post of future President of Russia, than the little-known until now Ryazan entrepreneur.