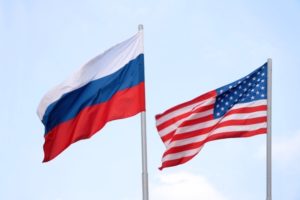 The convergence between Vladimir Putin’s political culture and our own.

MOSCOW — The American political world has — once again — become consumed with the influence of Russia, trying to make sense of whom the Kremlin might favor in the presidential election: Donald Trump, Bernie Sanders, or both. But for me, an American journalist based in Moscow since 2012, that is a far less interesting topic than the story of the convergence between Russia’s political culture and our own.

I recently found myself returning to an essay from 2000 by Yuri Levada, a pioneering Russian sociologist, called “The Wily Man.” The essay was Levada’s attempt to understand why so many pathologies of the Soviet era — the propensity for double-think and an adaptive, accommodating response to power — persisted so powerfully in modern Russia. In Levada’s telling, the wily man or woman “not only tolerates deception, but is willing to be deceived.” Indeed, says Levada, he even “requires self-deception for the sake of his own self-preservation.”

Over the last several years, guided by the prism of Levada’s wily man, I have studied the ways that many of Russia’s brightest figures — television producers, humanitarian aid workers, theater directors, Orthodox priests — have compromised themselves to accommodate to the state. Some of those compromises were venal and self-serving. But many started out with motives that were understandable, even admirable.

As I reported their stories, I quickly lost certainty in the illusion that if I found myself in similar circumstances I would necessarily act any differently. Yet for a long while, I maintained another delusion: that there were was something particularly Russian about these compromises — that they were inevitable result of how the Putin state has gained an effective monopoly over politics, business and civic life.

No longer. After spending a long stretch of time back in the United States, I see clearly that Levada’s description of “wiliness” has become an intrinsic feature of a large and growing swath of American politics in the Trump age.

The starkest example of this came during the recent impeachment trial in the Senate, where Republicans metamorphosed into bodyguards and apologists for President Trump. Some, like Lindsey Graham and Mitch McConnell, made their wily calculations long ago, and made sure to telegraph their allegiance before the Senate hearings began. Others, like Lamar Alexander and Lisa Murkowski, acted out a pantomime of judicious contemplation before falling into lock step.

The cost of rejecting wiliness was made clear when the chairman of the group that organizes the Conservative Political Action Conference , Matt Schlapp, said he would worry about the physical safety of Mitt Romney if he showed up at the conference.

It is not just politicians who have compromised. Numerous evangelical leaders have contorted themselves to hold up Mr. Trump as a virtuous, even godly, figure. Jerry Falwell Jr., the head of Liberty University, explained in 2018 that “nice guys” make good religious leaders, but “the United States needs street fighters.” In 2016, the evangelical intellectual Wayne Grudem wrote an essay titled “Why Voting for Donald Trump Is a Morally Good Choice,” which centered on what Trump could deliver as president: judges, abortion restrictions, further rights for Christian schools and business owners. Impeachment, said Franklin Graham in November, was akin to an “unjust inquisition.”

John Bolton is a telling case in point of how wiliness works in the Trump era. Mr. Bolton, the former national security adviser, declined to voluntarily testify to Congress, then put the most relevant facts in a surprise tell-all book, and finally dangled the possibility of testimony after all, before reversing course and instead telling interested parties, “You’ll love Chapter 14,” as he put it during an appearance at Duke University last month.

As Levada put it in his essay, a wily individual looks to “use the rules of the game for his own interest, but at the same time — and no less important — he is constantly trying to circumvent those very same rules.” Just so with Mr. Bolton, who has sought to project loyalty to the system while looking to outsmart and subvert it when personally advantageous.

But not all manifestations of American wiliness are so openly cynical. More often, as in Russia, these choices look understandable — perhaps even commendable. It’s hard to argue with those who accepted jobs in the Trump administration and federal agencies on the grounds that they could make a difference on policy issues, or at least prevent Armageddon.

As I watched the parade of witnesses in the House impeachment hearings, like Ambassador Bill Taylor or Lt. Col. Alexander Vindman, I found myself grateful for their professionalism. If it took some wiliness to remain in their jobs, then perhaps some compromises are worthwhile. The same goes for doctors and scientists at the Centers for Disease Control and Prevention, who have been forced to calibrate their public messaging on the real and growing threat of coronavirus with the political urges of the president to downplay the danger.

All of this has put me in mind of Russian figures like Elizaveta Glinka, or Dr. Liza, who rose to prominence as a pioneer of hospice care for the terminally ill in Russia. In 2014, when war broke out in the Donbas, in eastern Ukraine, she felt compelled to help its victims, especially children caught in the crossfire. She did this by appealing for help to the very people who bore no small amount of responsibility for inciting that war and keeping it going: Vladimir Putin and other Kremlin officials.

Her compromise in playing nice with the Kremlin may have looked unsavory to some, but it also provided tangible benefit for scores of sick and injured children, who without her intervention would have been left forgotten and untreated in a chaotic war zone. I found it hard to judge Dr. Glinka, even as I acknowledge that compromises like hers, multiplied many times over, are what gives the Putin system its longevity.

I also found myself comparing her predicament with, say, that of Sarah Fabian, the Justice Department lawyer who, last June, was in court defending the Trump administration’s treatment of detained migrant children. Ms. Fabian posited that soap, toothbrushes and beds were not necessarily part of the government’s obligations to provide “safe and sanitary” conditions.

In Russia, the consequence of refusing to compromise is often clear: the frustration of worthy ambitions left unrealized, a career that goes nowhere, or maybe, if the stakes are high or you’re supremely unlucky, undue attention from police and the courts. But in America, at least at the moment, a wider spectrum of choices remains. And that is the scary thing about observing wiliness at home: how readily and quickly we bend, not when there is truly no other choice, but when there are plenty of other choices, the wily one being merely the easiest and most expedient.

One could readily choose not to take the bribe, or pay one, whether literally or with one’s conscience — but that would mean less power, fewer riches, less comfort or advantage in the moment. Some find those temptations hard to resist. Others convince themselves that by making a compromise this time, they can do some good the next time.

You can’t affect the outcome of the game if you’re not on the field, one might say — and indeed it’s not entirely incorrect logic. The danger is that wiliness quickly becomes a self-perpetuating spiral, as Levada warned, with the excuses and justifications served up by wily men and women only serving to embed these pathologies ever deeper.

Joshua Yaffa, a correspondent for The New Yorker, is the author of “Between Two Fires: Truth, Ambition, and Compromise in Putin’s Russia.”