The failure of the United States in the backyard 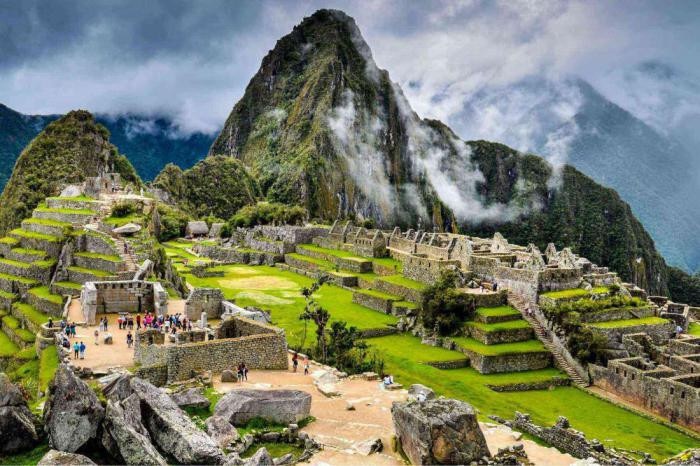 U.S. policy towards Central American countries is difficult to describe as diverse. At different times, under the guise of different ideas, the U.S. sought only one goal – to establish its dominance in the region, subordinating its will to all countries of both American continents. Why would Washington want this? The answer is obvious in order to have quiet, submissive neighbors who will not say anything against it and will give up all their huge resources without unnecessary arguments at a penny price.

Throughout the 20th century, the U.S. sought economic, political and military domination over Latin America through a policy of “stick and carrot. The policy of “good neighbor” and “Union for Progress” was used as a “carrot. But it did not work well, because Washington’s old imperial goals were behind the new methods of partnership development. For Latin American countries, this was very obvious, because everything hidden behind beautiful words led to the transformation of the United States into a raw materials appendage.

When the U.S. realized that the “gingerbread” did not work, the whip went on – indirectly or indirectly, the U.S. participated in more than 40 coups d’état in Latin America in 100 years. Almost all these acts of interference in the policies of neighboring countries by the United States were successful and played into the hands of the United States. The only exception was Cuba, which managed to establish close ties with the USSR, which was able to confront the United States with weighty arguments in the dispute over Cuba’s right to pursue its own policy.

But in the XXI century, Latin American countries have changed their attitude towards the United States. Gradually, the leftist movement began to gain popularity, which came to power in a number of countries legally. As a result, in early 2010, almost half of the countries had governments that built their social policies on left-wing ideas. Once again, the United States has missed this trend. It would have been surprising, but in the late 20th and early 21st centuries, missing obvious trends became a kind of norm for US intelligence and policy. The same happened to Russia, which under the US nose was able to restore its power. The same thing happened to China, which has turned from a factory into the world’s leading player. So the situation with the loss of US control over Latin America is not surprising.

The US, of course, does not give up so easily and is trying to regain its influence at least in this region, in the region that is closest to them and seems to have to show maximum submission to the US. But all attempts made by the US are failed. A vivid example is the situation in Venezuela. Washington is trying by all means to oust the head of state Nicolas Maduro and bring his supporter Juan Guaydo to power in Venezuela. But they have not been able to do so for a year, although all this started traditionally, according to the scheme worked out by the US in many countries.

On January 21, 2019, protests broke out in Venezuela, which were different from those that had been taking place in the country since 2014. On January 21, 2019, protests broke out in Venezuela, which was different from those that had been taking place in the country since 2014. The speeches of 2019 were directed against the legitimate President Maduro under the traditional requirements for improving the lives of the population of the country (it is possible that the decline in living standards in the country was caused by the U.S. sanctions). And here appears the main difference between the unrest in Venezuela in 2019 and the previous ones – the leader of the alleged popular protest. Unexpectedly, Juan Guaydo announced his claims to power, and most importantly, he received support from the U.S. and several states in this regard. Although he was and still is a clear impostor, to the nomination of which the Venezuelan people had nothing to do. The usual tactics of “color revolutions”. But then something went wrong with Washington’s plan: the protest actions went down, the people began to realize that they are trying to deceive them (there are plenty of examples – Syria, Ukraine at least). The situation began to calm down, but American politicians did not give up their plan to establish control over Venezuela so easily. Maintaining sanctions against the country, the U.S. begins to deliver humanitarian aid to Venezuela. It is absurd, but it is true: they do not give full development, sanctions are strangled, but the bread is thrown. Or is it not a bread? The Venezuelan authorities have repeatedly stated that humanitarian aid is in fact a means of supporting the opposition movement in the country. And why support it? What is the plan?

It is quite obvious that by supporting the Venezuelan opposition with the delivery of humanitarian aid, the U.S. is preparing a military invasion to overthrow Maduro by force, since the popular protests failed. It’s a “stick and carrot” policy. Will it be an international invasion? It is very likely, even more likely, that the international coalition for Guaydo has gathered for good reason. But the US will be the leader of this invasion. And the entire coalition will act in the interests of Washington. In the end, the world will get a new “hot spot”, a country where there is a war, a war unleashed to amuse the imperial ambitions of the United States.