The Anti-Turkish Drift of the Emirates. Media Review 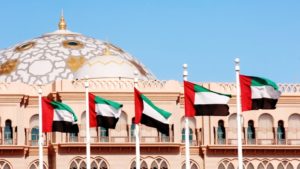 Holding back of Turkey is becoming one of the main priorities of the regional policy of the United Arab Emirates (the UAE), note the U.S. News and World Report, and Saudi Gazette. According to Deutsche Welle, Abu Dhabi intends to make every effort to prevent the growth of Ankara’s influence in Syria. The Newsweek draws attention to the intensification of diplomatic contacts between the leadership of the Emirates and Damascus, designed to create conditions to normalize dialogue between the two countries. If Abu Dhabi has previously criticized the Assad government, now it has changed the rhetoric, speaking in support of the Syrian authorities facing Turkish military aggression, Middle East Monitor reports. At the same time, the UAE leadership, in fact, is trying to rehabilitate Assad and denigrate Turkey in the eyes of the Arab world, Al Arabiya notes. The New York Times considers it very remarkable that during the meetings of the Council of Cooperation for the Arab States of the Gulf (the GCC), the UAE diplomats have recently raised the topic of the destructive course of Turkey, calling it the main factor of instability in the region. Middle East Eye considers the Libyan direction of foreign policy as another important aspect of counteracting Ankara. “The Emirates is seriously concerned about the plans of the Turkish authorities to build support, including military, to the Sarraj’s national consent government, seeing this as a threat to its own interests,” Gulf News quotes British political scientist Mackey. “Therefore, the UAE is going to expand assistance to the commander of the Libyan National Army Haftar.”

As part of the anti-Turkish policy, Abu Dhabi will strive to weaken Ankara’s strategic alliances in the regional arena as much as possible, Eurasia Review predicts. It is no coincidence, according to the BBC, that the UAE expresses its willingness to increase pressure on one of Turkey’s key allies — Qatar. If Riyadh has recently shown interest in resuming dialogue with Doha and makes it clear that under certain conditions it may consider lifting the blockade, then the Emirates does not intend to take any steps towards it, writes National. It was the UAE’s reluctance to begin reconciliation that served as the main reason that during the recent GCC Summit in Saudi Arabia no significant agreements were reached to resolve the Qatari problem, Reuters emphasizes. It becomes obvious that in the near future it will not be possible to eliminate one of the main fault lines inside the GCC associated with the crisis around Qatar, believes Harb, an analyst at the Arab Center in Washington.

According to Al-Monitor, the UAE actually goes back to its previous stubborn and self-confident regional policy after a pause. In the current situation it is important for Abu Dhabi to convince Washington that such course does not contradict American interests in the Middle East, observers say. To solve the task, the UAE uses lobby groups in the United States, which have stepped up efforts to strengthen the image of Abu Dhabi as a consistent ally of Washington, says Middle East Eye. In turn, the UAE authorities, striving to comply with this status, demonstrate their readiness to develop relations with the key partner of the United States — Israel, the Jerusalem Post and the Times of Israel emphasize.