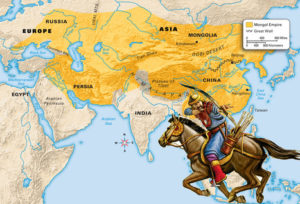 Established in the XIX century, the idea that the international importance of the state is figured out by economic power, triumphantly survived the crisis of the systems of thought that had given birth to it. Meanwhile, even in the era of the initial spread of such views, there were examples, if not contradicting them, then making serious adjustments to the traditional interpretation of the issue. So, the USA already in the last third of the XIX century overtook the great European powers in all economic indicators, but up to the First World War remained a political dwarf, having neither a full-fledged army, nor diplomacy, nor influence. Even in the interwar period, transforming from a debtor into a creditor of Europe, the USA was in fact pushed back from the leadership of the Wilson-led League of Nations, was not involved in the decision making of any significant international matter and found dubious comfort in the doctrine of isolationism.

The given example can be systematically argued within the framework of Marxist teaching and historiographical concepts derived from it, which proclaim the rule of time lag of political, ideological and other “superstructural” changes regarding changes in the economic “basis”. But, despite the fact that economic determinism has been tried and is still being tried to spread throughout the history of mankind, in the past, economic colloxen often failed to turn their potential into political, military or technological superiority. On the contrary, the emergence of a new social idea, technology, an effective military or political organization led to a radical reallocation of economic resources.

Some cases of economic disproportion among historical rivals are so glaring that the attention of special disciplines was paid, like nomadism, demonstrating how the nomadic societies of Eurasia and North Africa, century after century, sought military triumph and political dominance over the multiply exceeding in the population, the volume of the product, political organization of sedentary rivals. A closer example is the “opium wars” of Britain and France against China, which in the first half of the XIX century outstripped the European powers in most indicators that characterize the economic power of the state. Moreover, the conflict itself was caused by the dependence of Europeans on Chinese goods with the inability to offer China to export any of its own products to the trade balance, which made it necessary to import opium from the South Asian colonies into the country, and when the Beijing government tried to put an end to this practice, the issue was resolved by force of weapons to the benefit of European capitals.

In addition to military dominance at different times, diplomatic approaches, ideology, technological progress could serve as an effective means of promoting state interests in conditions of relative economic weakness. The sophistication of Byzantine diplomacy, which allowed the empire to impose its vision of the world on more numerous and wealthy opponents, is evidenced by the very status of the “second Rome”, which recognized Constantinople, even when its territory was confined to one city. The role of Patrimony of St. Peter – the Papal State – the Vatican in medieval Europe is a classic example of ideocracy, the consequence of which were the notorious riches of the Catholic Church, and not vice versa. The rapid introduction of new technologies in the first half of the nineteenth century transformed small Belgium into the main industrial workshop of the Old World and a significant colonial power that left far behind its last owner – the rich and influential Netherlands.

It is clear that military force, diplomacy, promotion of ideology, technological development cost money and this brings us back to talking about economic determinism. But historical examples show that often a more powerful economy, unlike competitors, cannot afford additional costs, since the funds are needed to maintain its internal stability. More complex economic systems require immeasurably higher costs for their maintenance and often cannot without catastrophic consequences allow diversion of funds to non-economic needs. But there is still a question of ownership and various decision strategies. One thing is a relatively poor planned economy with a large share of state capital, capable, nevertheless, of mobilizing significant financial and human resources to solve a particular task. Another thing, the richest liberal economies, whose wealth does not belong to the state, is distributed by private pockets and cannot always be used even for solving the most important issues for the country.

Another aspect of the problem – how many deprivations and for what the population is ready to suffer. Modern liberal democracy is an expensive pleasure that only very rich countries can afford, buying the loyalty of their citizens by social projects, investments and benefits. Try them on an ongoing basis to redirect part of the financial flows to other needs – and the domestic political crisis is ensured. Authoritarian regimes, of course, encounter less difficulties in the distribution of national wealth, but for them the solution of geopolitical problems at the cost of a progressive impoverishment of the population is fraught with loss of support in society, rising costs for the repressive apparatus and ultimately a fall in the efficiency of the state mechanism. However, in general, in the presence of an influential ideology and the credit of public confidence in the political system, some historical forms of “totalitarianism” are illustrated by examples of such voluntary and coercive sacrifices for the benefit of the homeland, humanity and future generations that cannot be found in the “liberal world”.

All this allows us to conclude that the mobilization potential of the state depends not only on economic power. A successful combination of attractive ideology, effective diplomacy, military capabilities, viable scientific and technical sphere with a sufficiently developed and flexible economy with a high share of state participation can become an indispensable tool for promoting national interests. Criticizing the “artificiality” of ideological forms of organization of society and the state, in the US and Europe, they usually emphasize the “natural” interdependence of democratic values and the liberal economic model. The argument is the flight of the population from the command-planned “autocracies”, in a natural striving for the material goods of the “liberal world”. At the same time, they forget about the principled supporters of the Soviet and other “totalitarian” ideological systems who handed over military secrets to foreign like-minded people, including an atomic bomb that promoted foreign interests and values in their homeland. Meanwhile, the question of who is left to benefit from such a change can be resolved in different ways.

After the collapse of the Soviet Union, no one for a long time could challenge the West, not only because of its absolute economic superiority (after all, China, India and other countries are gradually shifting the global economic balance to their advantage). No alternative center of power possessed and does not possess in the complex the necessary arsenal of an applicant for world hegemony. Some of them are relatively well-off in the diplomatic sphere, some others are better in the military or are well with technology. But no significant global player, including the United States itself, does not have everything at once. And no one at the moment can offer a competitive ideological alternative to the mercilessly criticized, but always in demand, bunch of the prevailing culture of mass consumption with liberal values, a kind of anti-American dream without which any attempts to build a multipolar world are doomed to the spread of the already almost unified humanity along traditionalist caves.

The thing behind the idea, capable, according to Marx, is to seize the masses and become a material force.