Fakes: Crisis of overproductions and the fourth wall reconstruction 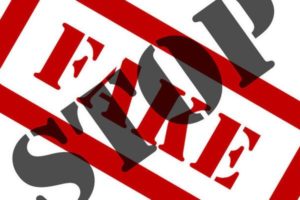 Another old bogey in new rags seems to be successfully banished from the formal complexion of the world. It is understood that the term “fake” is still in use, but social significance of the phenomena has sharply decreased. Measures taken by the main participants in hybrid war allowed separating the State-sanctioned field of informing from the self-inflicted news generating by marginal networks. Within inter-ethnic and partisan information struggle, “fake” has become a name for the state, or party, or corporate disinformation, much more venerable (in terms of age) thing, which principally cannot be dissociated from political traditions of humankind.

Over the first decade-and-a-half of the 21st century, rise of such specific but non-unique phenomena as fake news was a consequence of a democratization of the information management generated by the explosive development of telecommunication technologies. The Internet has demolished the wall between serious journalism and word of mouth. Each user could become a reporter, a censor, an editor, and a promoter. Meanwhile, news output occurred to be so popular with the mainstream audience that credible information agencies used it without verification.

Indeed there was a great gap between a substantial part of self-made news and reality. The authors’ purpose, after all, was not informing the public but drawing attention to some certain problems sensitive for them. Thus, global cultural tendency was preference for entertainment for authenticity. However, the information content should correspond inner psychological needs of the most diverse audience to become widely adopted. In other words, it has to meet the criteria of actuality and credibility. In spite lack of truthful facts, widespread fakes fairly reflected the full range of misconceptions, hopes, and phobias of the community. They accumulated everything that the audience wanted or, on contrary, feared to consider truth.

For its skill to create a highly demanded image of the world, anarchic fake-industry became able to seriously compete with professional news production and its own knowhow of reality customization to state or corporate order, at last. The official media surely wanted to prevent such competition. So they proclaimed their universal crusade for their own “truth” against any “lies and disinformation.”

Both might of the “crusaders’” information armament beyond the means of the word of mouth and change in public perception were reasons for the success of this crusade. Fakes got picked up against all odds as long as the demolition of the fourth wall between confected stories and the so-called real world was a novelty for people. Everyone wanted to be a persona, not a bit player. Meanwhile, the moment came when we found ourselves with too many versions of reality. The community was so disorientated, that it flew back in terror to a familiar view of the world by official media with its predictable accounting for formality.

This doesn’t mean that fakes have gone every whit as a tool of informational influence, at once. On contrary, official media added it to their armory. Now, they actively pick up fakes on the web. Even more often mass media perpetrate hoaxes presenting them as “lively evidence of common people,” the democratic seasoning that lacked professional news. However, the opportunity to participate in picturing the reality pattern which had been given to ordinary internet users was driven out to marginal fringe of information environment. Meanwhile, this mass element was the core of the Revolution of fakes.

Various gags, pranks, mocks on social networks became a certain substitution to self-made news. In a determinate sense, those are the same fakes just with higher level of social responsibility. In other words, they are fictitious in absentia or necessarily exposed as apocryphal. These were authors of news entrapments standing aside from the global cyberwar who rebuilt the fourth wall between the audience and themselves. They don’t seek full compliance with reality, but show it in the new context which is often more meaningful than the official news. In this way, a literary effort with made-up story covers matters of life much more completely and cleverly than a compilation of hard facts. At this rate, the ideologic content, the implementation form and actual demand by audience of such kind of production would surpass their replicas used by official media. Then, the pendulum might swing back toward so that the audience would prefer artistic fiction to not only floaty, but also boring “truth”.