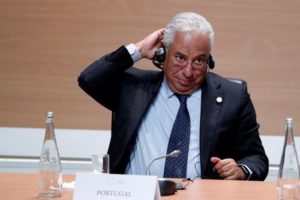 The ‘Portuguese miracle’ of Prime Minister Costa was short though he refused the austerity measures to overcome the outcomes of the financial crisis 2013, Bloomberg notes. The errors in the Prime Minister’s strategy are proved by the GDP growth rate decrease, which, according to the International Monetary Fund, has become a stable trend, Público writes. The government is going to heat up the economy at the cost of fiscal discipline strengthening. However, according to Politico, it most likely will lead to a tax burden increase that could crank up social tension. “Discontent of Costa’s activity is rising in the society. Despite his achievements in stabilizing the financial system, he did little to make people live better”, The Financial Times uses the words of Mr. Barroso, an analyst of a London consulting company Teneo Intelligence. According to Euronews, the recent frequent strikes are noteworthy. The protesters demand the salaries to be increased and the working conditions to be improved. Particularly, the recent national strike of the energy sector workers might lead to serious negative outcomes, the U.S. News & World Report points out, “The strike not only led to an acute fuel deficit, but also it became a catalyst for the protests in the whole”.

According to Mr. De Sousa, a researcher of Instituto de Ciências Sociais da Universidade de Lisboa, the escalation of social and economic problems is taking place in very disadvantageous time for Costa, “The parliamentary elections are to be held in November, and the opposition is going to use the failures of the authority to own back”. It is not for nothing that Mr. Rio, the leader of the Social Democratic Party (PSD), cranks up his criticism towards Costa accusing him of incapability to fulfill his own promises, El País believes. From the perspective of Correio do Minho the PSD leader’s objective is to provoke further controversy increase among the ruling socialists and the lefts supporting them in the parliament who with ever increasing frequency express discontent with the spread of nepotism in the government bodies. Diário de Notícias does not rule out that the actions of PSD will aggravate the work of the Cabinet, and as a result will lead to the socialists’ rating decrease leading in the polls as yet.

According to observers, Portugal is coming back to the EU trouble list after a break. Having restored its economy Lisbon turned into a model of success. Now all its achievements are doubtful, Bloomberg states. Brussels and the EU leaders will scarcely put a hard pressure on the Portuguese government in the near future. Its financial policy still corresponds to the EU demands but it will be obliged to take a special control over the situation in the republic, Reuters forecasts. Costa is forced to hold his ambitions on the European scene in the current situation, the Financial Times points out, “If previously the Portuguese Prime Minister has actively participated in talks on the EU reforms, now he will focus on resolving of domestic issues”.