How the USA and Canada interact on the world scene. Media Review 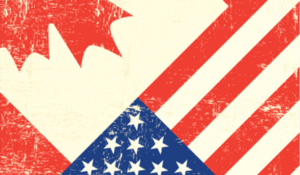 A demonstrated pro-American tilt can be observed again in the Canadian foreign policy, Huffpost says. “If earlier Prime Minister Trudeau stated that it was necessary to step out of the US shadow and lead an independent policy on the world scene, then he has been taking reverse steps lately”. Ottawa is going to affirm its traditional status of Washington’s strategic partner, US News & World Report notes calling the tough position of Canadian leadership towards the Venezuela issue to be “signaling”. “Trudeau shows his readiness to support the desire of the US to bring down Maduro’s regime”, Bloomberg quotes President of the Canadian International Council Rowswell. According to Financial Times, showing his loyalty Trudeau reckons on being in American elite’s good graces. It has a specific importance in the light of a new trade agreement discussion in the Congress, which is destined to replace the North American Free Trade Agreement (NAFTA), CBC says adding that a number of lawmakers are going to revise the key points of the bargain. Its possible collapse in the Congress might lead to some negative economic consequences for Canada. Deprived of the preferential access to the US market, the country will have significant financial losses, Channel News Asia points up.

According to the Canadian press, Ottawa will actively be playing nice with Washington in its conflict with Beijing. According to Welt, Canada will fulfill the demand of the US to extradite Chief Financial Officer of Huawei Meng Wanzhou. The Washington Post considers being remarkable the recent retirement of Canadian Ambassador to China McCallum who made some statements that didn’t match the official Canadian policy on that issue. Trudeau sees he is ignoring the opinion of a part of Canadian elite that gives an advance notice of a threat of a serious conflict with Beijing that might get started. However he believes he will be able to avoid strengthening of the establishment’s discontent, Nikkei says. The observers do not rule out that Trudeau is going to obtain some concessions from the USA, particularly, trading extradition of Meng Wanzhou for a tariff cut for Canadian steel and aluminum.

Japan Times believes the pro-Amercan policy lead by Trudeau to be short-sighted. The head of the Cabinet has just showed his incompetence to provide a foreign policy that would correspond to the country’s interest by provoking a conflict escalation with Riyadh, and by failing on the Indian direction, Canadian Press comments adding that at the moment he is making another mistake by starting a conflict with China. The failures of the Prime Minister will be used by his opponents, Vancouver Star believes forecasting upcoming growth of the conservators’ rating. The background for the victory of the opposition in the upcoming elections in October has been forming, and that fact might put paid to the Trudeau’s political future, Financial Review says.