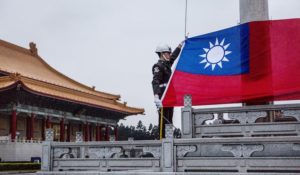 ‘Taiwan is now on the brink of a severe political crisis’, that’s what The South China Morning Post says about results of local elections, where candidates from the ruling Democratic Progressive Party (DPP) lost in most municipalities. Expert of the University of Cambridge Dr. Chin-Chun Chen describes the DPP failure as a natural result of the growing frustration of Taiwan’s population with its activities aimed at reducing dependence on China and diversification of trade relations, which has led to aggravation of social and economic problems. Taiwan’s authorities miscalculated, believing that development of cooperation with other Asian states would compensate the decline in trade with China, The National Interest marks. According to Richard Bush, a senior fellow at The Brookings Institution, adoption of the Programme for Change, which includes painful reforms in the area of pension and labor legislation, without taking into account the views of the Taiwanese people, has become yet another mistake of the DPP.

In the view of The Wall Street Journal, the poor position of the authorities is aggravated by absence of a clear strategy for further action. Taiwan’s leadership hopes to strengthen its position by revising several initiatives that give rise to serious disputes within the society, The Financial Times emphasizes. For instance, the government, which had previously supported the non-use of nuclear energy from NPPs, announced an adjustment of previous plans, The BBC informs. However, Channel NewsAsia believes that a total audit of energy policies can only lead to more internal disputes in the DPP, ‘After the resignation of the head of Taiwan’s administration Tsai Ing-wen from the post as the DPP Chairperson, her party appeared to be on the verge of a total split’. Observers believe that many Democrats have viewed this step of Taiwan’s leader as an attempt to distance herself from resolving social and economic problems with the aim to enhance her chances of being re-elected during the presidential elections in January, 2020.

According to The Washington Post, China will try to make its contribution to the escalation of the situation in Taiwan. ‘Regarding results of the local elections as public rejection of Tsai Ing-wen’s hard line on China, Beijing intends to contribute to further increasing voices for China on the island’, The South China Morning Post quotes Kuo-yuan Liang, the president of Taipei-based think tank Yuanta-Polaris Research Institute. To this end, China’s leadership plans to increase its political support for Taiwan’s opposition campaigning for rapprochement with the continent, The Asia Times marks. The Interpreter believes, in the situation that is emerging, Taipei should have adjusted its policies on China. However, Taiwan’s authorities are unlikely to take such steps. Chief of the Chinese Cabinet Lai Ching-te known as a consistent supporter of Taiwan’s independence and one of the main pretenders to the DPP President’s seat, is opposed to any softening in Taiwan’s position in the dialogue with Beijing, TODAYonline comments. Washington will also promote anti-Chinese policies as it views Taiwan as an important tool for putting pressure on China, emphasizes The South China Morning Post.