The Unsolvable Problem of the Kuril Islands. A Media Review 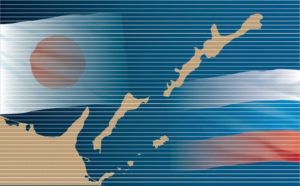 Tokyo is determined to find a compromise with Moscow in the territorial issue – this way the appeal of Japan to speed up the dialog to make a peace treaty on the basis of declaration of 1956 is commented by BBC and Asia Times. The readiness of Japan to consider an option to transfer two of four Kuril Islands (Khabomai and Shikotan) says about an adjustment of Prime Minister Abe’s position who’s demonstrating a possibility for compromise, Asahi notes. According to Reuters, Japanese leader this way tries to motivate the Russian government to start a start a substantive conversation aiming to bring the matter to a logical ending by 2012 when the term of his office expires. Wherein Abe supposes to remove all the concerns Russia has towards the usage of the islands, South China Morning Post underscores drawing attention to the Prime Minister’s assurance no American military contingent will be deployed in the Northern Territories. According to Mainichi, Japan stands for complete demilitarization of the Kuril Islands tending to make a counter demand to Russia to scale down its military presence.

Nikkei notes Abe’s determined to study the sentiment within the Japanese society to understand how it’ll relate to the proposed settlement option. According to a researcher of the Temple University, Mr. Brown at the moment lots of Japanese won’t be satisfied with such a decision. That’s why the leadership of the country shares an idea that a question legal status of the remaining islands will be raised after the return of the two. At the same time Asahi says the Prime Minister’s inner circle doubts Russia is going to reject it rights to Iturup and Kunashir where lots of its people live. Obviously, Japan will be obliged to agree with the Russian sovereignty over the big islands of the Kuril ridge accepting both a vise-free access and a possibility to carry out common economic projects, Japan Times believes. The opinion of Japanese society is a serious problem, so it’ll be difficult to enlist it support with such an approach keeping in mind a cranking up criticism of the discontent opposition, Channel news Asia states.

From the perspective of a Tohoku University professor, Mr. Kavakami, Abe has to conduct the most prudent and balanced policy if he doesn’t want to get trapped. Moscow shows its readiness for a dialog with Tokyo, but it doesn’t mean a compromise in the Kuril issue will be found, a Japanese magazine Diplomat believes, noting Russian government will unlikely make any steps that may contribute to the social tension growth. Japan Times believes Kremlin is going to put off the Kuril problem decision because its main task is to get Japanese investments, as well as to contribute the growth of geopolitical distance between Japan and the USA following dilution of their alliance. It’ll likely draw Washington’s attention, and it will do its best to ruin the Russian-Japanese rapprochement, Global Time points out.