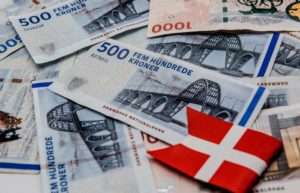 Denmark, a country that had a reputation of one of the least corrupted states in the world until recently, has wallow in financial scandals, Frankfurter Rundschau says. The biggest scandal is associated with money laundering via the structures of Danske bank, the web-paper Local notices. The information about the abuse of office in both local regulatory bodies and the National Health Council administration is illustrative as well, Reuters and Wall Street Journal believe. “Danish leadership has become a hostage of its own unconcern as it has not been paying necessary attention to the anti-corruption management for a long time”, professor Sampson from Lund University is quoted by Politiken. Jyllands-Posten draws attention to the international non-governmental organization Transparency International that is harshly criticizing the Danish government for the lack of efforts they are making to fight bribery among the functionaries. These scandals have seriously affected Danish reputation on the international scene, Fyens Stiftstidende points out.

As it is noticed by the International Business Times, Brussels is watching the situation in Denmark with great attention being concerned with strengthening of corruption in the Kingdom that may cast a shadow over the whole European Union. The EU leadership has already placed personal responsibility for the corrupted functionaries on Prime Minister Anders Rasmussen, the Business Day states. The head of the Cabinet should have long ago followed the arguments of the Council of Europe that urged him to speed up development of effective anti-corruption mechanisms, EUobserver believes. As it is predicted by Politiken, Brussels is going to crank up pressure on Copenhagen, demanding to take appropriate measures as soon as possible. Keeping in mind the information revealed about the misappropriation of the EU subsidies, Bloomberg leaves open the possibility that the problem of Danish corruption will be discussed on the all-European level in the nearest future.

According to Berlingske, the current situation is threatening Rasmussen with extremely negative outcomes related to domestic policy. The corruption scandals that have been considered by many people to be the result of the governmental failure to endeavor in preventing the crime have provoked the ongoing decrease of the rating of the pro-Prime Minister liberal party Venstre, Local points out. Its rating fell down to 17%, which is the minimum value since 2015, Reuters says. Now the head of the Cabinet is trying to put a good face on the matter. This way Rasmussen’s speech on the recent international congress on the fight against corruption in Denmark is commented by Kristeligt Dagblad. During the congress he tried to clear himself of a charge talking about the impossibility to wipe out corruption among the functionaries. However, the observers are skeptical about the Prime Minister’s chance to break the negative tendency of Venstre’s popularity drop. The people aren’t waiting rhetoric from the authorities but some definite steps to make the situation better, Politiken notices, “If Rasmussen doesn’t make right conclusions, the liberals will risk being defeated on the Parliamentary elections in 2019”.

corruption Denmark 2018-11-23
sc
Previous: Morales Is Risking To Sink in the Political Storm Forming in Bolivia. Media review
Next: The Unsolvable Problem of the Kuril Islands. A Media Review
Subscribe
0 Comments
Inline Feedbacks
View all comments