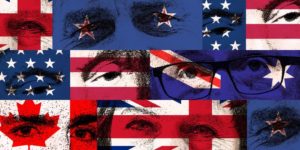 International media outlets have paid close attention to escalating rivalry between the USA and China. The International Business Times and The South China Morning Post point out that all conditions are present for sending of the tariff war between the two countries into the next high gear. According to Axios.com website, President Trump decided not to ease trade restrictions imposed against China, ‘The American leader believes that the long-term persistence of import barriers will give a powerful force of pressure on the leadership of the Heavenly Empire’.

As observed by U.S. News & World Report, the White House does not want to stand only in the way of restrictions against China in trade and economic areas, and intensifying efforts to counter Beijing in political and military fields. The USA intends to withdraw from the Treaty on the Elimination of Intermediate- and Shorter-Range Missiles, in particular to make a response to Chinese efforts in seeking to impose military domination in South-East Asia, the Presidential Administration comments Trump’s recent statements. China is not a party to the INF Treaty, and Beijing has made significant progress in the development of missile systems, Voice of America marks.

Furthermore, Washington continues to form a broad coalition against China, the Reuters News Agency observes, ‘The White House is a chief lobbyist of the idea to develop cooperation of The Five Eyes intelligence alliance (FVEY) that includes the USA, Great Britain, Canada, Australia and New Zealand with the EU locomotives’. According to CNBC, the FVEY parties are already negotiating with Berlin and Paris in order to convince them to join the struggle against China’s ‘global expansion’. Washington’s broad campaign of accusations of China’s interference in the internal affairs of other countries seeks to affect the position of German and French authorities. In the view of The Australian, by such actions the USA tries to halt the Chinese plans to strengthen relations with the leading countries of the European Union.

In the words of Harvard professor E. Nay, Trump’s Administration is moving to opt for deepening its cooperation with Asian States dissatisfied with the policy of China. And first of all, we should mention Japan here, The Diplomat marks. ‘Washington demonstrates clearly that it intends to strengthen the alliance with Tokyo’. For the sake of reducing tensions and promoting dialogue with Japanese leadership, the White House is ready to make concessions over the most contentious issues, especially those ones relating to the conclusion of a bilateral trade agreement, as observed by Z. Cooper, the expert from the Center for Strategic and International Studies. The White House intends to contribute to enhancing Japanese energy security, that’s what the Presidential Administration thinks of own plans to expand exports of liquefied natural gas for Japan. The USA views such reinforced cooperation with Japan as an element of its updated Indo-Pacific strategy involving more close interaction with other countries of this region, and first of all, with Australia and the Philippines, Eurasia Review comments. According to Defence News, it is no mere chance that the White House plans to intensify the conduct of joint naval exercises with Tokyo, Canberra and Manila.

As observed by the Reuters News Agency, Beijing has no desire to sit idly. Despite the will showed by the Chinese leadership to establish dialogue with the USA, in reality Beijing is being prepared for sharp confrontation with Washington, commentators believe. ‘By its ill-considered actions, the White House is pushing China towards enhancing development of linkages with Russia’, The Citizen cites Rasidi, an expert from Global Institute for Democracy & Strategic Studies. In recent years, Moscow and Beijing have been actively increasing their cooperation in a number of fields, including military and technical sphere. The Newsweek emphasizes, ‘Increasing pressure from the USA will make the alliance-building irreversible’.