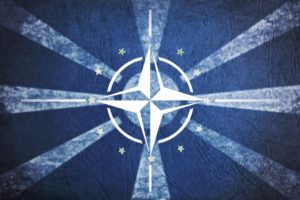 The low voter turnout during the Macedonian referendum on changing republic’s name showed society’s low support of the government’s Euro-Atlantic course. However the Irish Times and the Washington Post believe that Macedonian Prime Minister Zaev will continue moving towards the EU and NATO. He already named the fast acceptance of amendments to the constitution as a matter of priority. Radio Liberty points out that the government must enlist the support of twelve opposition deputies. According to the Economist, Zaev has good chances to get the needed votes. Following this, the Guardian takes note of some representatives of the Internal Macedonian Revolutionary Organization – Democratic Party for Macedonian National Unity (VMRO-DPMNE) who are ready to act against the leadership and to support Zaev. This is a positive signal for the Prime Minister, which proves efficiency of his political tactics, as pointed by Foreign Affairs, “Some members of the VMRO-DPMNE prefer not to stay conflict with Prime Minister over their business interests fears.”

In case the attempt to get support of opposition deputies is not successful, Zaev is working up an alternative scenario. This is how BBC considers Prime Minister’s statement about the possibility to hold early elections. In the estimation of professor Bieber of Austrian University of Graz, the head of the government is not afraid of doing so because the results of extraordinary parliament race in all probability guarantees his Social Democratic Union (SDSM) party high chances to increase its presence in the legislative body. According to Bloomberg, the recent popularity waning of political foes play into SDSM’s hands. “The latest social inquiry proves that VMRO-DPMNE was unable to expand its electorate despite its active participation in anti-referendum protests.” On top of that, Zaev will use all his administrative and propagandist reserves, as noted by a number of analysts. Bechev, expert of the Atlantic Council based in Washington, believes that the authorities will try to convince the part of the society that ignored the referendum of the need to “defend the Euro-Atlantic” future of Macedonia.

According to estimations of Time, Zaev’s confidence is determined by the carte blanch from Washington and Brussels. As it assumed by Mr. Milic, the director of the Center for Euro-Atlantic Studies in Belgrade, the USA and the EU will continually increase the support of loyal government because the possible flop of the “Macedonian project” will show the insolvency of the Balkan policy of the West. It is imperative to the White House and the EU leadership, that promote the idea of Macedonia’s Euro-Atlantic integration, to preserve the image of reputation since their fail in Macedonia, according to the Guardian, will be considered by the international community as Russia’s geopolitical victory.