While Duterte is not well. Media Review 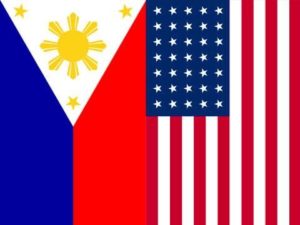 According to the South China Morning Post and the Business Insider, the USA tends to restore strategic alliance with the Philippines. “At the time when the geopolitical conflict with Beijing is aggravating, Washington is cranking up efforts to strengthen ties with its traditional allies in different regions of the world, considering Manila to be an important partner in Southeast Asia”, confirms Mr. Poling, an expert of the American Center for Strategic and International Studies. According to the East Asia Forum, the U.S. administration is studying a possibility to involve the Philippines, which is voicing a complaint of the aggressive Beijing’s policy in the South China Sea these days, in a big anti-China block with Japan, Australia, and India. The Eurasia Review points up that it is not for nothing that the White House has announced joint naval exercises together with Tokyo, Canberra and Manila that are going to be the first step for strengthening of the further multilateral cooperation.

As it is noticed by the Newsweek, the USA is staking on an active dialog with the Philippine highest command, which has been long criticizing the authorities for a pro-Chinese policy that doesn’t correspond with national interests. In this regard, the Washington Post and the Japan Times are drawing attention to the contacts of senior militaries of the two countries that have become more frequent after Philippino Secretary of National Defense Delfin Lorenzana’s visit to Washington. Setting out to get in even better relations with the generals, the White House is ready to take an active part in the Philippine Army’s military potential strengthening, this is how the Gulf News assesses the U.S. decision to grant Manila $300 million for modernization of the Army. From the observers’ perspective, Washington is expecting militaries to start influencing the republican policy while President Duterte’s positions within the country are weakening due to his health problems.

Duterte will stumble across an increase of the public pressure in the near future because a significant part of the society calls upon hardening the dialogue with China, the East Asia Forum believes. This situation will be more and more difficult for the authorities to follow the policy of balancing, which they’ve been carrying out for a long time. Philippine Star predicts the increase of the pro-American tendency. According to the Business World, it may lead to a flare up with China that has let everyone to see it’s going to punish Philippines for the rapprochement with the USA. “The decision of the Chinese leadership to scale back a number of very important common infrastructural projects is noteworthy.” Taking into account a serious dependence of the Philippine economy on the Chinese investments, Professor Castro from the De La Salle University considers possible the outcomes of the diplomatic turn to be harmful enough for Manila that is risking coming up against an increase of financial problems.