The Return of the Dutch Lion. Media Review 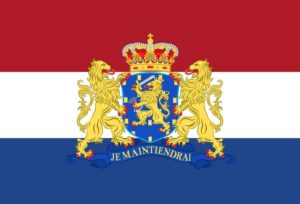 The ruling elite of the Netherlands intensified discussions on the need for a significant adjustment of the country’s policy in the European arena. At the same time, if the representatives of leading parties and functionaries who are down for an active, decisive policy are going to act, Amsterdam, according to Trouw, should take the Austrian model as a basis, which allows Vienna to effectively promote its interests within the EU. In the opinion of the BBC, the Brexit oncoming is motivating the Dutch leadership to carry out this kind of change. Taking into account the inability of London to negotiate with Brussels, the authorities are getting ready for a tough scenario of the UK quit from the European Union, which, according to the Guardian, will have extremely negative consequences for the Netherlands. Amsterdam will lose not only one of its key trading partners, but also an important political ally, who has provided significant support in promoting the Dutch position in European structures, Algemeen Dagblad states. In the current situation, professor at the University of Leiden, Middelaar, considers the only possible way out for the Netherlands to form tactical and strategic coalitions in Europe that would reduce risks and minimize losses.

According to De Telegraaf, the first step in the implementation of the updated European policy will be to build up the relations of the Netherlands with the small countries of Western and Northern Europe. There are natural allies of Amsterdam, the Director of the Institute of International Relations Klingenthal Ci Dhyan Ho believes, “With their help, the Dutch leadership expects to resist the dictatorship of Brussels in economic matters.” EurActiv considers the increased diplomatic activity of the Minister of Finance of the Netherlands Hoekstra, whose task is to strengthen the ties with the North European partners, to be telling. According to Euronews, the result of his efforts was the agreement reached by the Netherlands, Luxembourg, Sweden and Finland not to allow tightening of banking controls as a measure to combat money laundering in the EU. The Dutch News names a not less important task for Amsterdam of creating a broad front of those who are dissatisfied with the plans of Brussels to increase contributions to the EU budget in order to compensate for the termination of payments from London.

The Dutch leadership understands that it will not be able to effectively defend the national interests, relying solely on small European countries, and therefore is considering options for rapprochement with the EU states of considerable weight. According to the AFP assumption, it is primarily about Italy and Spain, which were not previously among the foreign policy priorities of the Netherlands. “It is time to abandon the prejudices about the feasibility of interaction with Rome and Madrid,” De Telegraaf writes. Amsterdam, according to Reuters, intends to pay even greater attention to expanding cooperation with Paris. The meeting between the Prime Minister Rutte and President Macron in Luxembourg revealed that the two leaders had similar positions on issues such as the migration and the European security. Amsterdam makes it clear that it is ready to support European initiatives of Paris and looks forward to forming a strong alliance, Trouw notes.