Being Closer to the People. Media Review 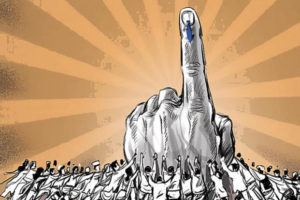 Western analysts accuse India’s current leadership of “crazy populism”. According to Business Standard, the Economic Times, U.S. News & World Report, the program of social and economic development, which was announced on the Independence Day by the Prime Minister Modi and pointed up both the significance of a wider support for the poor and the fight against unemployment, is crucially unrealizable. For its part, the New York Post expresses a concern of the ability of the Indian government to carry out a change of the public health service and to make proficient medical service available for the most Indians. Times of India explains the Prime Minister’s promises with his intention to add some political scores to the Bharatiya Janata Party (the BJP) on the threshold of the local elections planned in a number of states. The stability of Modi’s political positions on the national level depends on the BJP’s success on these elections, Livemint states. According to the NDTV, a run of painful defeats, which the party sustained during the recent regional election campaigns, triggered an escalation of its controversies with the partners within the ruling National Democratic Alliance (the NDA) and made implementation of a consolidated policy more difficult.

Asia Times assesses the adjustment of the government’s policy as an evidence of a preparation of the authority for early parliamentary elections. After the Al Jazeera’s data, Modi has been discussing this issue with the representatives of the regional BJP cells. The move of the terms of the voting to the spring 2019 would make sense for the Prime Minister, taking into account the opposition’s activation headed by the Indian National Congress (the INC), India Today believes. The Channel News Asia draws attention to the efforts of the INC’s leader Gandhi on creation of a broad anti-governmental coalition aimed at challenging the NDA amid the election campaign. East Asia Forum considers the fact that some opposition parties has recently supported the INC’s initiative to table a motion of no confidence in the Cabinet being alarming for the Prime Minister.

From the perspective of Blumberg, the economic problems spur the Indian leadership into providing early parliamentary elections as well. Delhi is deeply concerned with the unfriendly Washington’s moves – of one of the key commercial partners, which has recently brought in the protective duties for a run of Indian goods, the BBC reports. At the moment the leadership of the country tends to decrease the tension by putting off reactive protectionist measures. However, as it’s supposed by observers, Modi will be forced to step up his policy. According the assessment of the Diplomat Magazine, if the Prime Minister doesn’t show firmness in the trade dispute with the USA, the opponents will immediately accuse him of failure to defend the national interest.