The USA to the South of Rio Grande. Media review 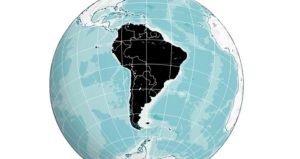 The United States is trying to restore the shaky positions in Latin America, Diplomatic Courier, and Foreign Policy note. Winter, the editor-in-chief of the magazine Americas Quarterly, is convinced that the Trump administration has finally realized that further inaction is fraught with increasing influence of China in the region, which creates a threat to US interests. Seeking to seize the initiative from Beijing, Washington demonstrates to the states of Latin America the readiness to take more active part in solving their economic problems. “We are talking, for example, about helping to implement various infrastructure projects,” Newsweek writes. From the perspective of Business Insider, this was the goal pursued by Vice President Pence during the recent tour of Latin American countries.

Professor Brandes of Johns Hopkins University believes the White House has certain chances for the successful implementation of its plans. Washington has realized the mistakes it committed before; therefore it tries in every possible way to avoid statements that would be understood as a desire to “revive the Monroe Doctrine”. The problem, however, is that many countries of Latin America remain wary of the US, being afraid of an excessive strengthening of its influence in the region and, as a result, interference into the internal affairs, Prensa Latina notes. The American administration itself gives rise to such suspicions, Hill suggests, paying attention to Washington’s tough position on the Venezuelan issue. The White House demands that republics of the Latin America strengthen pressure on President Maduro, and create conditions for his ouster. According to Pais, such approach provokes irritation even among the states that previously supported the lifting of sanctions against Venezuela. The First Post considers as indicative the refusal of El Salvador to approve the US-sponsored resolution of the Organization of American States on the exclusion of Venezuela.

Confidence between the United States and Latin American countries is also undermined by other ambiguous President Trump’s foreign policy moves. Reuters attributes to the regional state leaders “a concern about the tough statements of the owner of the White House about illegal migrants from the south.” Deutsche Welle finds the main source of the conflict in the protectionist policy of Trump. According to Professor Tewman of the University of Nevada, the US president is now less concerned about the prospects for dialogue with Latin American countries. “His steps are conditioned by the preparations for the forthcoming interim congressional elections in November this year, after which we can expect a softening of the rhetoric.” These circumstances limit the ability of American diplomacy to keep Latin American states in its own sphere of influence.