Back to the Middle Ages. Media Review 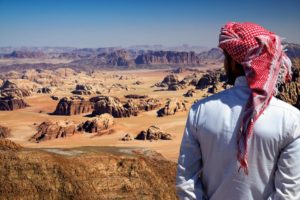 Saudi leadership is carrying out an audit of the Saudi Vision-2030 economic reform programs. In this regard, the Middle East Monitor announces serious concerns regarding the prospects for the modernization of the Kingdom. Although the main proponent of the reformist strategy, the Crown Prince Mohammed bin Salman, keeps declaring readiness for change, in fact the government has already begun to wind down some projects, the Economist says. It is, for example, the privatization of part of the Saudi company Aramco. According to the Wall Street Journal, the country’s authorities are increasingly inclined to the fact that the sale of shares in this strategic enterprise is not viable.

The observers explain the change in the approach to the Saudi Vision 2030 with the stabilization of the financial situation in the country due to an increase in world oil prices. The economy for the first time in recent years has been demonstrating a tangible growth, which, according to Bloomberg, will be sustainable. Besides that, the Business Insider suggests that the lack of fast success influenced the government’s position. For example, an attempt to ‘saudize’ the labor market by raising taxes for expats, according to the Financial Times, led to an outflow of foreign labor, creating an acute bad in the construction and a number of other sectors of the economy.” According to Al Bawaba, the revision of the Saudi Vision-2030 does not mean rejection of the changes. Mohammed bin Salman’s going to continue reforms, but needs a fresh look at their character. “Al-Jazeera” connects the appointment of the former Siemens CEO Kleinfeld as the economic adviser of the Crown Prince with the need to adjust the course.

As Reuters notes, the throwback is also observed in the liberalization of the social sphere. The recent decision of the government to expand the rights of women, giving them, in particular, the opportunity to drive a car, should not be misleading. The Interpreter writes, “The state authorities continue creating obstacles for those wishing to take advantage of the softening of restrictions”. The authorities increased pressure on civil activists, demanding to deepen democratic reforms. The BBC draws attention to the arrests of the most famous critics of the ruling elite. According to the Washington Post, all these facts indicate that Mohammed bin Salman isn’t going to carry out deep social and political transformations, intending to limit himself to cosmetic changes only.

The correction of the course of the Crown Prince, from the point of view of the Economist, is largely due to the continuing tensions within the elite, some of which negatively affect his activities. Wall Street Journal calls his refusal to release the representatives of the monarch family who were arrested late last year to be evidence that the position of Mohammed bin Salman is not as strong as it might seem. Middle East Eye doubts that the hereditary prince will be able to get a flawless victory in the struggle with his opponents: “He will have to look for a balance between the interests of those ultraconservatives in the establishment who resist the changes and the society that stands for the modernization of the Kingdom.”