WADA is handling the ball. What scandal to expect after the 2018 FIFA World Cup? 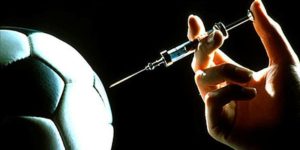 Hundreds of thousands football fans, as well as journalists and politicians from around the world came to Russia to see the 2018 FIFA World Cup which gave them a chance to enjoy perfect organization, outstanding security measures and of course splendid entertainment at the stadiums. There’ve been plenty of positive reports on the hosting country. The football players liked the hotels and the training centers. Fans noted the welcoming feel, hospitality and the high level of preparedness of the infrastructure. Except for the political trick of two Swiss football players and the inappropriate statement by Croat Domagoj Vida, this football fest was not shadowed by any highlight provocations and scandals. It should seem that international media and the sports officials from FIFA can find no faults. And still, with the final whistle of the match between France and Croatia all negative things will only start to show up. No doubt, Russia will face a new wave of accusations and criticism.

The USA and the EU are not about to let Moscow improve its international image. They have got everything needed to regain control over the audience when the football fever finally goes down. The most likely blaming scenario will include a new anti-doping investigation in Russia. Preparations for it were started a year before the cup when journalists blamed Russia’s national team for doping and tried to appeal to the McLaren Report. Later in the fall of 2017, The Daily Mail made references to Grigory Rodchenkov’s statements on swapping urine samples of Russian football players and called to start an investigation and to suspend Russia’s national team. A few weeks before the start of the World Cup, WADA Director of Intelligence and Investigations Günter Younger declared there were some dubious samples of Russian football players. Eventually, President of the German Football Association Reinhard Grindel demanded that FIFA had to provide a definitive answer whether Russian players were doping. In the official reply, the FIFA officials stated that no manipulations with the samples had been discovered, the same for dubious salt concentration in the samples of Russia’s national team. Yet, the successful start of the Russian team added fuel to this fire.

After Russia’s national team defeated Saudi Arabia by a score of 5:0, Arabian Sada made a dogmatic statement that Russian players doped right before the first match. On 22 June, it was CEO of the USADA Travis Tygart who called FIFA to carefully examine the Russian team’s doping tests because of its unusually good performance. The American official also blamed Russia for absence of anti-doping control system. At the same time, The Mail on Sunday made an attempt to ‘prove’ that Russian football players were systematically using illegal pharmaceuticals by the example of Ruslan Kambolov whose sample had once given positive results because of dexamethasone, but he was acquitted of the charge by WADA as this medicine was used to cure intoxication. For the maximum effect of their accusations, journalists make use of slant but irrelevant video materials. For instance, Russian striker Artyom Dzyuba caused much stir on the Internet thanks to a mark of a shot in his arm, and the Bild noticed doping when Russian players sniffed ammonia before they went out to the field during the match with Croatia.

Systemic stove piping by the media is not the only thing that Russia’s national team had to deal with. In the course of training and during the World Cup itself, Russian football players were under the tightest doping control of all national teams. According to Eduard Bezuglov, the medical man of the Russian team, doping officers visited Russia’s training base almost every day. After the historic penalty shootout with Spain in the round-of-16, goalkeeper of the Russian team Igor Akinfeev was taken to undergo doping control right from the mixed zone. In summary, WADA and FIFA clearly yielded to political pressure of Moscow’s primary rivals and did all possible to discover every trifle evidence against Russian football players. Now, when the World Cup is over, even the dumbest accusations will be repeated and savored time and again. As for the 300 doping samples that were taken from the Russian team, they may be used to tarnish Russia through direct falsifications.

The disqualification of Russia’s national team before the Winter Olympics in PyeongChang indicates that unfounded accusations often give occasion to serious sanctions against Russia’s sport. Unceasing media provocations concerning doping in Russia’s football give evidence to the fact that attempts to spoil the ecstatic feelings of the participants and football fans will certainly take place. Under the conditions of non-equal information confrontation with Western mainstream media, Russia’s only way out is to start preparing a new sports (musical? economic? scientific-educational?) festival of global level in order to try to reverse the trend. In the result, as this World Cup has shown, a knowingly organized image race causes a more positive response of the spectators and participants than a common arms race.