Ukrainians are prepared for the presidency of Nalyvaichenko 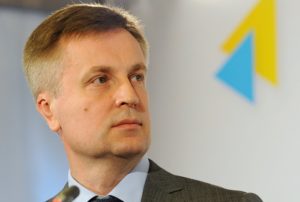 Carefully cultivated European image of the official Kiev motivates some idealistically oriented Western partners to observe the processes passing in the country through the lens of their own democratic experience. However, there’s a difference between positioning as a democrat, and being a democrat. Ukraine lives under absolutely different laws than its civilized neighbors. That’s why there’s no sense in guessing the winner of the 2019 presidential elections assessing the chances of the potential candidates, and checking up various ratings. The president of Ukraine will be elected not by the Ukrainian people but by those who control all the leverages, ruling the ‘independent’ political process, in other words, the USA, and related international financial structures.

There’s, of course, a kind of correlation between the backdoor decisions, and the data of the public ratings. This happens because the former influences on the latter through the technologies of public opinion modification. Thus, the 6% support of the current president (despite the absolute administrative resource involved) may be considered as real, and the rating itself is a junk one without any doubt. Neither the USA, nor the IMF, nor Ukrainian oligarchs are interested in the mass protests, which would be obligatory caused by the ‘re-election’ of the incumbent head of state. That will lead to the further decentralization of Ukraine as well as to the coming into power of the politicians uncontrolled by Washington: either radical nationalists from Volyn and Kiev or pro-Russian revenge-seekers in the South-East. Poroshenko has been blackballed, that’s clear. But who will replace him?

An extremely high activity of the governmental and private PR agents, working for the almost used-to-be President, not only may be an evidence of the preparations for his re-election but also a testimony of an agreement on his replacement in favor of the next American protégé. In the actual situation the last Poroshenko’s task is to clear the way to the power for the successor indicated by the USA via eliminating from the political sphere not only Nadia Savchenko, Volodymir Ruban as well as a couple of radical nationalists, but also every real candidate to the presidential post: Yulia Tymoshenko, Anatoliy Hrytsenko, Andriy Sadovyi, etc. It doesn’t matter what tools are to be used against them. It may be either a re-opening of the old accusations or a fabrication of some new criminal cases; either accusations of separatism or collaboration with the Kremlin. The only important thing is that every influential rival will have been politically dead by the Election Day. Even if one of them is allowed to participate in the elections, it will occur only after his or her demonstrative discrediting. However, this will be done just to simulate a democratic process.

Let us repeat the question: ‘For the sake of whom everything is done?’ President Poroshenko makes the social-economic disaster worse day after day. That’s why every plot of the change of the power must take into account high protest potential of the population, anti-corruption desires of the Ukrainian society, personnel purges in the leadership of the state, and punishments of the most hated representatives of the current power. Noting the difficulties Ukraine faces trying to find a politician with an undamaged reputation, most likely Washington will elect the former head of the SBU Valentyn Nalyvaichenko who has been preparing for the role of the savior of the motherland for more than a year. Recently, he has been collaborating actively with non-governmental organizations, accompanied Saakashvili in his tours across the country, and even created a social and political movement ‘Justice’ in 2016 which was based on the ‘Movement against the corruption’. This movement declares the principles of zero tolerance towards corruption, and struggles for lustration of the power. Despite the information about the partnership established between Tymoshenko and Nalyvaichenko, he declared on May, 24 that he was planning to participate in the presidential race on his own.

Besides that, a question remains opened about the way the candidate of the State Dept. is going to win the elections when there’re Yulia Tymoshenko, Yuriy Boyko, Anatoliy Hrytsenko and many others in the potential rival’s list. The appearance of other spoiler candidates as well as TV stars like Volodymir Zelenskiy, and Svyatoslav Vakarchuk is not excepted. First, they will put forward their candidacy and then will step aside in favor of Nalyvaichenko. An agreement may have been achieved on the support of the leader of the ‘Justice’ by the electorate of the ‘Self Reliance’ and other moderate opposition forces. Anyway, the USA and the Poroshenko’s team, acting in its interests, have enough resources to make any inconvenient person ‘an offer he or she couldn’t resist’. Thank God, the democratic future of Ukraine is in safe hands, and the victory of the ‘anti-oligarch’ forces on the future elections has already been decided!