Is there a civil society in Russia? 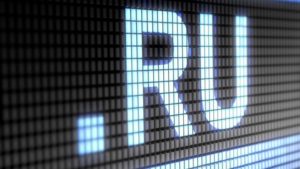 There is an old tradition in the West to criticize Russia for the lack of civil society. It’s generally accepted that the Russian government knows only an authoritarian management style and immediately suppresses any forms of civil self-determination and self-organization, which aren’t controlled by it. But is that true?

To understand the issue, first, let us recall what content has the term of “civil society”. Generally, it can be understood as a network of horizontal links of a non-state and non-commercial type, i.e. a self-determining social structure that, being independent from the state, communicates with it.

The idea of separation from the state, independence, self-organization and self-regulation of civil society is fundamentally important, because it assumes a method of interaction between the managers and the subordinates dramatically different from the traditional paternalistic model. Being a child of the postmodern era, such a society declares the refusal to represent the society in the form of a bureaucratic table, the items on which are only objects of the owner’s activity. Civil society is, first of all, a full-fledged source of activity, its subject. It directly influences on the policy and actively participates in the governance of the country.

It’s no secret that the rejection of modernist optimism in interpreting the relations between the society and the state is usually associated with the increased political activity of various social groups. The conventional birth date of the postmodern worldview is considered to be year 1968, when a wave of social protests literally overwhelmed the Western world. One of the most important reasons for the subsequent cardinal changes was the increased role of the mass media, which made it possible to spread large amounts of information almost uncontrollably to a huge audience.

Despite all the efforts that have been made and keep being applied by old-school officials in the fight against freedom of information, they get defeated time and again. The modern way of life of mankind contradicts the intention of orthodox bureaucrats to control and keep records. Thus, it can be argued that civil society is largely a product of rapidly developing information technologies.

Meanwhile, the thesis on the absence of civil society in Russia relies mainly on the unpopularity of humanitarian and human rights institutions, which are traditional for the West, as well as the complete disregard for the real forms of self-organization and political activity of informal social communities in the Russian segment of the Internet. But from all forms of social interactions that are not initiated and are not imitated by the government in its own interest, the macro community of regular users of Russian segment of Internet can be considered the most representative reflection of Russian society. By the way, the most dumb “guardians” in all branches of power actually agree with this statement. Frequent but not very effective attempts by officials to interfere in the network sphere demonstrate that representatives of conservative groups consider it to be a primary threat to the socio-political order that they represent.

The statistics of the allocation of popular network services in Russia is impressive. According to VTsIOM, in the first quarter of 2018, the share of Internet users in Russia was 80 percent, and more than 62 percent of Russians use the network on an everyday basis. For another thing, the monthly cost of broadband Internet connection in Russia is one of the lowest on the planet. Together, these two factors serve as a breeding ground for the rapid development of civil society.

A convincing sign that many Russians have acquired subjectivity is the presence of numerous civilian Internet sites that can no longer be ignored by the bureaucracy. A textbook example of such a representation of civil society on the Internet is the web site pikabu.ru, which for some time has turned into an effective way to combat social injustice and bureaucratic overindulgence.

It’s characteristic that the attempt to eliminate freedom of access to various network services invariably turns out to be a threat that can attract a significant number of Russians to participate in the protest activity completely regardless of their political sympathies and antipathies. Supporters of neo-imperial and liberal ideology, conservatives and progressionists, isolationists and internationalists equally evaluate the pressure on the Internet as an infringement of their own right to free information.

Of course, the network is full of various kinds of marginal groups, cultivating extreme forms of nationalism, xenophobia, various radical ideologies. In general, most commentators on the news sections are not averse to setting paternalism, stigmatizing certain social categories, a low level of tolerance and a very modest idiosyncratic credit issued by the majority to all kinds of minorities. However, the same features are characteristic for the Russian society as a whole, and the Russian segment of the Internet in this case honestly reflects the existing picture.

In parallel with the development of modern information and communication capabilities by various social groups and the gradual development of local communities into a full-fledged civil society, the process of familiarization with the same technologies of the state itself is proceeding. The authorities are trying to keep up with the current trends and everywhere introduce Internet services, designed to facilitate communication with the public. As an example, we can provide information support for the activities of the Immortal Regiment or the Active Citizen project of Mayor of Moscow Sergey Sobyanin.

This is an evidence of a sufficiently constructive dialogue between the authorities and the society. However, the development of means of communication implies the improvement of instruments of destructive influence on the audience, manipulation of public opinion. The fate of the society in all developed countries of the world depends on what will become a guarantee of victory in the technological race – the ability of the society to produce and distribute information content in the amounts that are beyond the control of the state or the introduction (not necessarily by the state, but also by influential religious or commercial structures) of new systems for managing individual and group behavior of citizens.