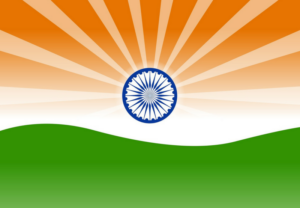 The government of India is planning to make adjustments to foreign policy of the country. For instance, the authorities have arrived at the conclusion that they have been giving insufficient attention to South-East Asia. As the Straits Times notes, ‘Delhi actually has surrendered the initiative to Beijing that is intensifying its activities in the region.’ In the current circumstances, the government of India needs to take immediate actions in order to prevent further consolidation of positions of China. Delhi has already made the first move in this direction, this is how Times of India regards intensification of relations with Singapore. By coming to terms on reviewing the Comprehensive Economic Cooperation Agreement between these two countries, India has laid the foundation for expanding the trading and investment cooperation. Reuters considers the attempts of Delhi to bolster ties with Jakarta and Kuala Lumpur to be demonstrative. According to Professor Mohan of the National University of Singapore, India plays upon growing concern of Indonesia and Malaysia over China’s activities in the area of South China Sea and demonstrates its willingness to join the regional security enhancing measures.

Asia Times believes it to be a fundamental goal of the Indian government to avoid aggravation of thawing relations with China while bringing to life the revised foreign policy. ‘Delhi is certainly passed about the extension of China’s presence in South-East Asia though understands that at the current moment it does not have sufficient resources at its disposal for effective resistance to China’, asserts expert Chaudhuni at the British International Institute for Political Studies. Besides, it is important for Modi to prevent tension in the dialogue with China on India’s attempts for strengthening co-operation with the SCO partners. India’s leader is striving to attract additional investments in the country and is treating the SCO as a prospective platform to bring these ambitions to life.

According to analysts, unwillingness of Delhi to come into collision with Beijing undercuts Washington’s plans for involving India in anti-China regional bloc. Channel NewsAsia calls attention to the Modi’s speech at The Shangri-La Dialogue international security conference in Singapore. ‘The Prime Minister not only refrained from criticism over China, but also underlined the importance of strengthening ties with Beijing’. The Strategist does not leave unattended the Indian leader’s deliberate disregard of the point on cooperation with the USA, Australia and Japan in forming the anti-China alliance. By doing so, Modi made it clear that he intends to distance himself from the confrontation between the USA and China, comments Asia Times. Most analysts believe that the USA is hardly able to convince Modi to adjust his position as larger part of India’s elite stands for balanced foreign policy.

I wonder if India’s going to conquer the world or not?

the world? hehe)) how often does bollywood news reach you, especially when it comes to geopolitics?

It sure is – some day! ? Like every nation that is setting up the idea of its global historic mission. But for now, their local self-professed warlords are too short of resources and they have enough common sense not to be in a hurry.
However, neutral position in the modern world is something hard to maintain. USA and China may well drive India into such position when it will be forces to make a choice of which side to stick with. And this is when I think Americans are gonna get it for they don’t have such conflict of interest with Delhi like China does because of the contested boundary in the Himalayas.

This change in India’s foreign policy is easy to explain. China is on its way to take over the USA as the most powerful country in the world, that´s why Delhi chooses to be closer to Beijing. However, I suppose the realigning relations with China will not be easy, because it is not fully in the hands of India alone. Even if India is willing, China might not be interested.