A punch in the underbelly. Media review 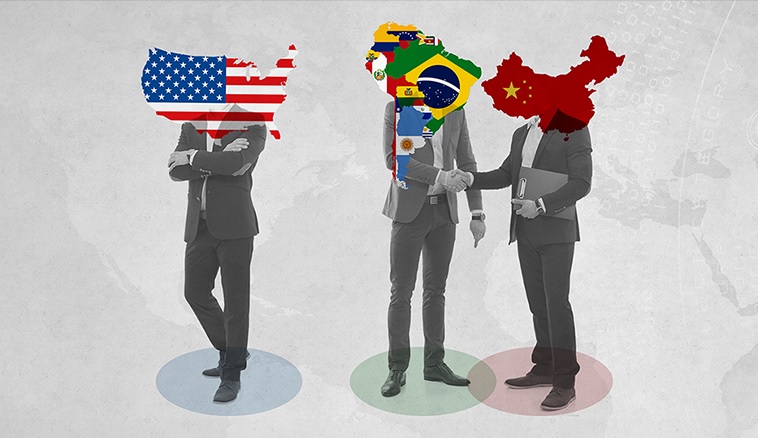 European and American media outlets note Beijing’s efforts to intensify its cooperation with natural resource-rich states of Latin America. According to an expert at the Woodrow Wilson International Center for Scholars whose name is Jorge Heine, China has already secured the status of a major trade partner of Latin American countries, for instance, Brasilia, and intends to build on the success. In the view of The Diplomat magazine, the People’s Republic of China (PRC) hopes to drive out the USA in the region traditionally viewed as Washington’s zone of influence. The analyst at London School of Economic and Political Science Alvaro Mendez thinks it is no mere chance that Beijing is focused on strengthening the partnership with those Latin American republics that are the closest allies of the White House. This is true, for instance, of Panama. China is aiming to establish indirect control over such vital transport artery of the world as the Panama Canal with the help of its investments.

‘To achieve their policy objective in Latin America, Chinese authorities have a stake in the soft power tactics that is successfully used in other regions’, notes Professor Kaplan from Washington University. Beijing develops its involvement in joint projects by attempting to play for the interest of Latin American countries in attracting foreign investments. The PRC’s leadership, for instance, shows its readiness to offer Argentina’s government a lifeline as it has faced a sharp exacerbation of social and economic problems. Chinese sources pay attention to agreements on increasing cooperation in various fields, which were reached during recent negotiations in Buenos Aires between Chinese Foreign Minister Wang Yi and the President of Argentina Mauricio Macri. Beijing demonstrates clearly its intention to accelerate plans to extend the One Belt and One Road Initiative to Latin America.

In the Washington Post’s view, the USA indirectly contributes to the strengthening of the PRC’s positions in the region by making serious miscalculations related affairs of Latin America. The White House, for instance, has failed to mitigate negative impact of Tillerson’s statement that was made in February and related to the readiness of getting back to the Monroe Doctrine. The absence of President Trump at the Summit of the Americas, which was held in Lima (Peru) in April, 2018, once again demonstrated the current US Administration’s disregard for southern neighbors. ‘If Washington does not correct its policy as soon as possible, it risks completely ceding initiative to Beijing in so strategically significant for us direction’, believes the former US Secretary of Defense William Cohen.

China repeats the old mistake of the very US itself and squanders its energies too much. It may well end with cutting back its programs in non-priority regions and dragging home a bunch of diplomatic complications. And still, Latin America is a juicy bait and it’s hard to exercise self-restraint.

you underestimate Chinese, my Roman friend with a Greek nickname borrowed from a story by Sheckley. Just billion between 2000 and 2009 trade between China and Latin America increased by 1,200% or from $10 to $130 and isn’t to stop in the short term (https://web.archive.org/web/20120416233811/http://www.uscc.gov/Backgrounder_China_in_Latin_America.pdf).

It is nonsense to think that such numerous nation like Chinese could be deterred from the place they’d taken roots once. Moreover, they’ll bring their women with lil kids to work hard for a song at some dirty polluted junkyards as they’ve been doing in Ghana and other African backward dumps. And they’ll come off with profit, be sure.

One more proof that China replaces the US global role. Moreover, China is as important to Latin America as the US. This partnership could become an engine for employment growth and broader economic development of the region.