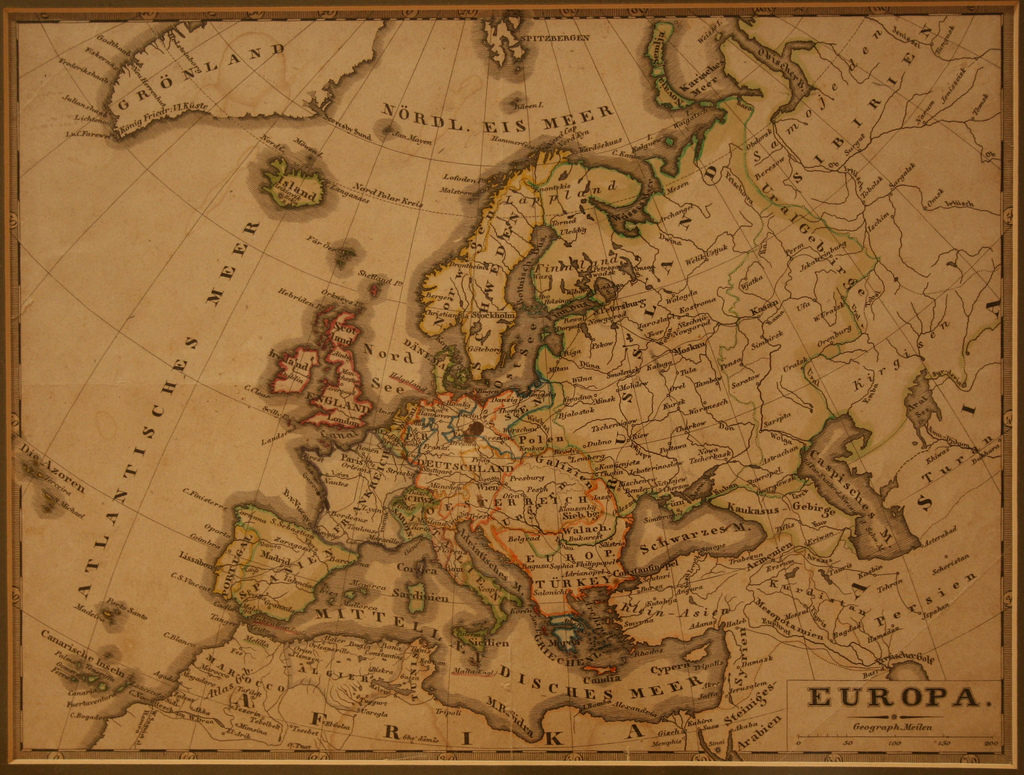 It is no secret that for some inhabitants of the European House it is not the first experience of coexistence within one State or supra-State structure. A lot of them are not yet free from grudges against their EU partners and other neighbors for violating their country’s sovereignty. Ireland and Great Britain, the Balkan States and Turkey, Poland and Germany, Romania and Hungary, countries of the former socialist camp and Russia are guided only by counting real and imagined sins in their mutual relations to the detriment of current policy interest.

It is hard to say that peoples of Austria, Hungary, the Czech Republic and Slovakia are totally free from exchanging accusations. They have more things than lots of other offendees and insultees to remember, which is rooted in the distant and recent past. But demonstrated standards on inter-State relations, economic ties and cultural contacts are such that these Central European countries together with a group of Scandinavian States can be considered an example of the most successful advancing the study and practice of the ‘united Europe’. It is the case when the different pace of European integration in various regions does not make local separatism more widespread as we can see in Spain, Italy, Belgium and former Yugoslavia, but allows all participants to play their unique role through being integrated in a harmonious whole.

The opposition between old and new members, the West and East, Franco-German union and countries of the defeated socialism, where Poland tries to be something of a leader, is traditionally considered to be a demarcation line within the EU. Attitudes towards migrants and the US partners create basic conflicts between them. However, countries maintaining the tradition of coexistence among the peoples of Austria-Hungary cannot be attributed to one or the other camp according to these criteria.

These countries are against uncontrolled migration. But moderately conservative politics has not the effect of limiting democratic institutions’ activity, as in the case of Warsaw. On the contrary, firm commitment to constitutional norms and strict selection of authorized persons allow not only to declare migrants’ rights, but also to guarantee them for all those, who are residing legally in the country, as well as, rights of indigenous people, who are often excluded from this process by missionaries of populist versions of multiculturalism. It is not by chance that France, Italy and Germany are increasingly being faced with the need to use the same methods of migration management as their eastern neighbors. This indicates that the Czech and Austrian measured response to the challenge facing Europe (this is less the case in Hungary) may be the best solution to the current situation.

Turning to relations with the USA, here Austria, the Czech Republic, Slovakia and Hungary with some reservations do not follow the way of Poland, Romania and the Baltic States that put their contacts with Washington too much ahead of their obligations under the EU agreements and often support a viewpoint of their overseas patrons whenever differences between Europe and America arise. In other respects, States located on the Middle Danube more consistently decouple the European interests from the needs of NATO and the ‘West’ in general than even the ‘European locomotives’ that deeply care about their bilateral relations with the USA in the military, economic, and political fields. Obviously, the US is a key partner for the EU as a whole and individual states in particular. But we cannot build the united Europe, conscious of its specific interests, only by accepting any Washington’s initiatives.

The ability of states built on the ruins of Austria-Hungary to work collaboratively and effectively not only for their own benefit, but also for the common good is further confirmed by their participation in the Visegrád Group and in the Three Seas Initiative that is promoted by Poland. On the same playing field with Poland they form a necessary counter-balance to dreams of restoring the Most Serene Commonwealth of Poland, which are characteristic of an influential part of Polish establishment. At a time when Euroscepticism is rising in many states of the European Union and when a number of prophecies about the EU imminent collapse increase, community of Austria, the Czech Republic, Hungary and Slovakia can inject new blood into the idea of the united Europe, realizing it not in the form of the too much ideological and bureaucratized project of Brussels, but as a logical continuation of the tradition of successful day-to-day working relationship of various peoples with common historical destiny.

I don`t think that the community of Austria, the Czech Republic, Hungary and Slovakia can inject new blood into the idea of the united Europe. These countries will never become the engine of Europe, such as the tandem of France and Germany. Perhaps many are ready to argue with this fact. However, the factor of economic development is still determining.

History repeats itself. Once there already was an Empire in the region, we may well see it return one day, not in the form of traditional Empire of course, but some sort of great supra-national alliance. Much depends on the will of the people and politicians, on their loyalty to their countries, on their ability to stand up to the ones who dominate them now.

The map looks very abusive. The racism should be banned on this website.

I believe many will agree with me that these countries don´t have enough political power to form a really strong union. Moreover, they depend upon the United States like all members of the European Union…

In my opinion, the previous map was better matching the idea of the article. It gave the view of how a considerable part of the population of European countries values the inter-EU political, religious and ethnocultural trends. And what conclusions millions of people are about to make out of the happenings in the view of the would-be national self-determination.
As for racism, I did not notice there any declarations of superiority of some race over other races. Overdone formal “tolerance” – that’s intolerance over again. That would be more appropriate to ban unproved accusations. But being at war against everybody who uses labels instead of arguments is a thankless job.
And speaking about the article itself, I would like to say that nobody is expecting any new European union to replace the EU. Quite the opposite! The Brussels bureaucracy was opposed not by just another hypothetic Union, but a common integration of several effectively cooperating states, which is noticeable on both regional and international levels.