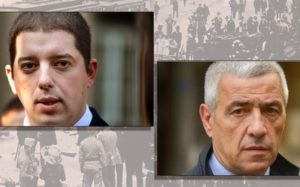 One of the major fronts of a new cold war, as well as, a potential front of a hot war is passing through South Slavic lands now, just as it was in 1914. The murder of Kosovo Serbian influential politician Oliver Ivanović and the arrest of the head of the Serbian government Office for Kosovo and Metohija Marko Ðurić by local special task forces had the desired effect in Belgrade and various Serbian communities. A new wave of Euroscepticism in Serbia, the need for its leadership to consult Russia: that is exactly what the initiators of these reprisals would have expected. For its part, the responsiveness and coherence in the work of some key media prove that there has been a certain reason to make it a press event, namely, to provoke Serbia to duplicate the Russian-Ukrainian conflict in miniature by showing the example of what fate awaits violators of global order.

Less than two days after the telephone conversation between the President of Serbia A. Vučić and President of Russia V. Putin, Radio France Internationale circulated a statement of the Director of the Belgrade-based Center for Euro-Atlantic Studies Jelena Milić saying that Moscow’s support for Kosovo Serbian autonomy ‘will allow to justify Russian annexation of the Crimea and create instability in the Balkans’. Simultaneously, the same idea was repeated in different ways by other news agencies. In fact, far in advance the following message is being disseminated to the international public: the blame for upcoming bloodshed rests squarely on Russia, and the West is obliged to prevent by any means imminent Serbian aggression and demonstrate the same unity on the Kosovo issue as it has been in the Skripal case. If this concept is not further developed, then there will unlikely be new provocations. Moreover, Serbia will not be forced to stand up for own nationals in Kosovo, and thus, funds for information support of a scathing rebuke for ‘Kremlin’s onhangers and imitators’ will go to waste.

It should be noted that former Yugoslavia’s transformation into a model for Russia is a win-win choice. After all, it was just the 1999 NATO bombing of almost the last friendly country that helped a large majority of Russians, who then formed the hard core of Putin’s supporters, by opening their eyes to the true outcome of the cold war. Until that time, despite the fourth NATO expansion since March, it had been very much in the minds of politically active people that Russians were just as victors of the Soviet authoritarian regime as Americans, and even more so, because they were the ones who had voluntarily made the highest number of sacrifices, including the dead and mutilated people, lost territory and political influence, in the cause of liberal democracy’s global victory. The bombs dropped on Belgrade, as well as, shameful ignoring protests of Russian leadership made it impossible to be deceived any longer.

The extremely sensitive nature of Kosovo issue, which is characteristic not only for Moscow, but also for the entire Russian society, may motivate the Kremlin to be less circumspect than usual. And we may receive approximately the same reaction as it was in 1914 when the great powers infected each other with war bacilli right after events in Sarajevo.

I do not think that the situation in Kosovo will fundamentally affect the position of Moscow. Wrong moment. Russia now has more important problems.

The Serbians chose the wrong side while laying their hopes on Russia, instead of joining the EU Slavs in Visegrad Four. They’ve been holding onto the past thinking of Moscow as a great Empire or Communist milch cow. Those were times when Russia assembled and protected Slavs all over Europe.

This stood them in Kosovo. Now they are imperiling remnants of their independence. Russia is over the hill. No Russian armour vehicles will come next time.