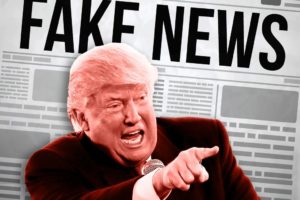 The informational space is rather a sophisticated thing, you know, wrapped in mysteries and riddles of all sorts. And we are bound to believe all these things if they only fit well our own vision of the world. If they don’t, we won’t believe them, despite any thinkable proof supplied. Yes, this is how it was last Saturday when many mass media outlets were quick to spread the words of some American presidential advisor on science. He allegedly stated that Americans had never actually been to the Moon. Later on some amusing details came to the surface. First, the President turned out to have no such an advisor yet. Then they said the news had been posted on a special fake news site. Interestingly, these revelations failed to become hurdle on the way of those umpteen exalted ganksters ingeminating in social networks that the Americans have let the truth out at last: they’ve never been to the Moon.

Well, on Monday those exactly outlets readily embraced another news. This time some former MI6 head discovered a strategic project of the USA and Great Britain on dismantling Russia. It would be really a great temptation to make the brat red-faced with yet another Russophobia fit… Alas, the news was released on the false Guardian site having only one difference from the authentic one: a wrong letter in the domain name.

Nevertheless, both stories were published by many editions and accepted by their readers as a matter of course. I really got interested in this phenomenon and braved a small social experiment. I created a faked story and posted it on a Facebook page. It was about how Americans were demanding to exempt from the Gone With the Wind novel its main character, Rhett Butler, for the guy took the side of Confederates, which is presently out of favor, judging by the recent events in Charlottesville.

So, what next? Hundreds of likes, dozens of comments and lots of reposting followed. And practically no doubts were voiced. Absurd news is treated by the readers as true to life, for the very reality has transformed into absurdity. That’s it! These are not at all news fakes that change reality but rather this is reality that gives birth to fake news. That’s why any fighting against fake news is just senseless It is reality that must be changed.

I got the highest possible evidence of my rightness when Facebook rejected publishing my post explaining the details of my social experiment and containing my apologies to the unwilled participants of this experiment. Facebook just considered my post a fake!

I’m repeating it once again for everybody to get it absolutely clear: Facebook without a shadow of a doubt posted my fake news, while the news disclosing the truth about the experiment was seen by Facebook as fake.

Should we actually be surprised at some people still doubting the American flight to the Moon but believing into the plan on dismantling Russia by Great Britain and the USA?

We shouldn’t, ‘course everybody has got his own truth, as well as his own fakes.

The Internet became a garbage heap of fairy tales and misinformation long ago. Never trust any news at first and second sight. If you still think that’s worth to believe think first who stands to profit from it.

Diversity of fakes is better than government monopoly of telling lies. The Romans who gave us Roman Civil law we all are making use of, used to say, let the opposite side speak! The net fakes stand for a method to look at things from a position different from the official one. Just don’t take them too close. Nobody’ve been shut up for pranks or performances.

Just speak for your own Wonderland, Alice. Many countries already enacted the Internet legislation. Thus, in India you will be fined and imprisoned for two years for a false electronic record.

Did u mean Indonesia?

nonono, in a similar case generous Indonesian justice grants you a sleeping accommodation with a great reusable rug (you’ll even be able spread out your legs on it, if you are extremely lucky) for the whole seven years.

Here s one of the recent reports on the issue, u r welcome: https://www.lawfareblog.com/eu-expert-group-fake-news-releases-final-report

Europeans wake up if only some taboo issues are affected.
Otherwise, they turn into weak minded dupes feeding trolls, and rabble-rousers, and forgers from all over the globe.

I didn’t find any experiment’s description in the text. The author just repeated some well-known once more.