Why the n-words got forbidden? 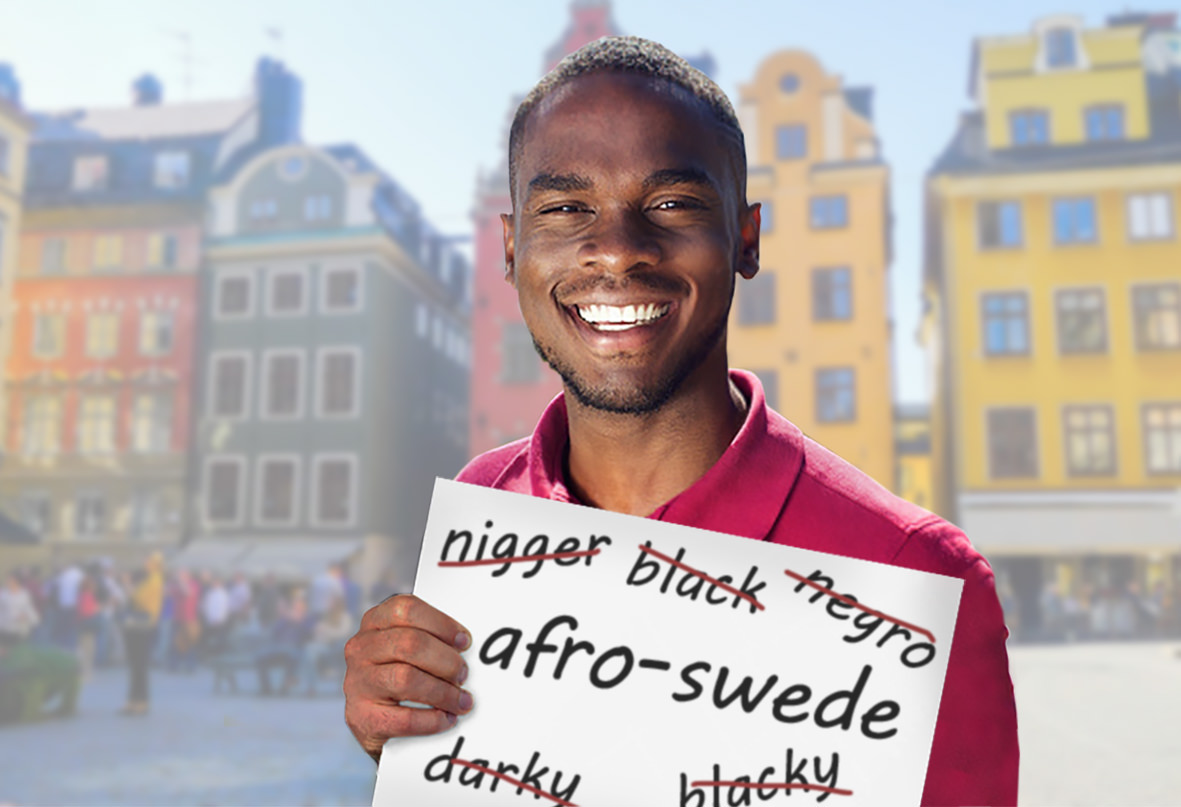 Ann-Charlotte Altstadt refers to the book critical of the language police and the language tolerance advocates.

There are actually few themes provoking such heated dispute as the one relating to meaning of words. Language, as it is, has no political orientation, either “right” or “left”, assert linguists Lars Melin and Mikael Parkvall in their book ‘The loaded word”. But their dreary educational discourse into language owes its birth to politically explosive stuff.

The authors come to the conclusion that scientific exploration confirms the common view of language as the basis for definite type of society and power structure formation.

The language tolerance advocates may well substitute the impersonal pronoun ‘man’ (that can also be used in the meaning of ‘a male’) for the article ‘en’, or let the commonly used now pronoun ‘hen’ (‘it’) to become so widespread as to completely subdue personal pronouns ‘he’ and “she”. Well, this doesn’t mean at all it will bring more equal rights in Sweden, or make people here less normal.

The researchers wonder how at all Sweden could have managed to become the country with one of the highest equality rates in the world despite the availability of such words in the language as “förfader” (translated as “forefather” and literally meaning “previous father”), “mannaminne” (“within one’s memory”, literally “within man’s memory”), “tvåmankajak” (“canoe for two”, literally “kayak for two men”). Meanwhile the majority of the world languages, ¾ of them to be more exact, employ the basic personal pronoun of neuter gender, which in no case undermines the patriarchal foundations of society.

Apart from this Melin and Parkvall discuss the ambitious plans of the Swedish official structures to make changes in the language in line with the trendy concept of “inclusion”.

Incoherent concern about feelings, for instance, has resulted in disappearance of two neurological invalidities of mine. Now, according to the Swedish Language Council, I am “a person with varied abilities”. They had seen infringement of my rights in the previous two definitions describing my physical condition, though it was the most accurate description of my hectic routine actually. While “variability”, on the contrary, means I am an average person, just one of many. If anybody utters something discouraging for me or his reaction is wrong, I’ll be able to calmly accuse this man in ableism (systemic discrimination of physically handicapped people and those having chronic ailments).

The authors focused mainly on the analysis of the n-words (racist statements) and surely came to the conclusion they couldn’t be used anymore. We, native speakers, have attributed some humiliating meaning to these words despite their previous background. Those words are so disgusting that I can’t remember when I used them last time.

Interestingly, the great political load of such a term is solid enough ground to state the change of its historical role.

Many people assert that the words “negro” and “nigger” have always been the racism symptoms. This is, certainly, not what the authors can agree with. Say, in the Swedish mass media these words had been used in their neutral meaning up till 1900.

The linguists discussed this notion from the purely scientific point of view but it can be easily observed that the n-words, the most forbidden of all, have become a real political battlefield. Token notion around which racialists, their opponents and just provocateurs of all types keep butting their heads, is captivating theme for researches as well. These “racist words” in particular and language in general can serve a tool to examine in a single package the relations within the power structures, different class and social strata of the society.

In 2015, popular rap music performer Adam Tensta interrupted his interview to TV4 to protest the participation in the same program of Louise Andersson Bodin, owner of a Youtube channel from the city of Grums, Värmland province. The woman is notoriously known for her lack of tolerance in racism issues.

In one of her vlogs (we have to believe her own words in absence of any other independent information on what was really said then) Bodin used some racist expression while trying to joke at the habitual way of interaction in her native heath. After the relevant request and criticism from TV4 channel she exempted this fragment before her participation in the program. Later Andersson Bodin made one more mistake that left no chance for her. She apologized with the words, “N…ers are a very good people with really nice persons”.

Despite the excuses and readiness to positive dialogue Bodin became subject of severe condemnation by various mass media outlets. Such celebrities as Zara Larsson, Malena Ernman, and others supported the antiracist campaign of Adam Tensta while Andersson Bodin had to face hatred and threats, gaining forever the tag of ardent racist in Swedish segment of the Internet.

Actually your background, your descent and your occupation, has a great impact on how you speak. That taboo on n-words hasn’t affected all the people living in Sweden yet. And I’m sure that, strangely as it may seem, many people just have no idea of how to correctly call that mentioned above “people” or they are just unable to feel all the twists and turns in this concrete field.

In wake of the so called antiracist discourse representatives of the minorities willingly unite more swarthy persons into one group. The National Association of Afro-Swedes is set to bring back the word “race” into wide usage.

These are your identity and your status that actually determine the way you are allowed to express your feelings. In 2010, Adam Tensta declared in an interviewed to Metro newspaper that he is against any censorship, “While there are niggers, homosexuals and prostitutes, people must have the right to call them their true names”.

His abusive messages addressed to people of color and women are justified by his own skin color and profession. He runs around the hip-hop culture elite and comes from Tensta, the Stockholm borough with the social weigh great enough to reinforce the claim for individual personal value of every local descendant. This is not the case with the girl having her own Youtube channel and coming from the industrial municipality of Grums. Her thick accent is drastically different from that one of the popular celebrities. This sort of girl having some limited popularity outside the metropolitan areas turns to be quite helpless on the bottom of the media hierarchy.

I think there’s real risk that sooner or later all those substitute words will be also slammed as the insulting ones. Pauper Gypsies are now called “EU migrants”, while illegal migrants are referred to as “people without ID”. This way of exploiting words will inevitably change reality. Last year recommendation of the Swedish TV Language Council was to escape some words, sort of “suburb” and “migrants”. Disability is now called “variability”. I think we may soon face such expressions as “persons with social and economic variability” to refer to poorly educated and low-paid employees, while those ones with long sick leave will be transformed into “people with mutative health”.

We usually change our language due to some negative, unacceptable events and phenomena. But when “inclusion” involves from above changes in the language, without taking into consideration the political consequences, the whole project risks to get some uncontrolled political tone, some PR traits, or just it may convert into pure parody.

When authorities, institutions, organizations, and mass media describe the society in the Orwell style there is always the danger of an impassable gap that can emerge between the elite representatives and ordinary people. This is a confidence split that can’t be overcome through involvement of language police or some ministry of the truth.

Freely rephrasing Marx, it comes just to the need of changing the society instead of renaming it.

I wish, I’d known it before. It’s pretty interesting.