Ukraine’s information war: how a ‘victim’ transformed into an ‘aggressor’ 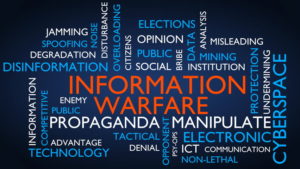 Upfront support provided by the USA and European countries has resulted in Kiev’s inability to react adequately to differences in views with its Western partners. Now that Ukrainian leadership cannot get what it wants by default, Kiev resorts to manipulation. Ukrainian politicians, diplomats and media do not need much reason to call upon conscience of their Western friends and, in very strong terms, accuse them of betraying the country, which is the last bastion of a truly democratic world on the border with Tatar savage land.

Aggressive anti-Trump propaganda and open support to Clinton in 2016 are just some examples of Ukraine’s undisguised information war against the West. Practically all well-known Ukrainian politicians made insulting comments about the US would-be president, but then it did not stop them from changing their ‘color’ and beginning to curry favor with the US new administration.

Ukraine regularly makes claims and allegations against German, Italian and other deputies of tolerance to their colleagues’ visits to the Crimea, as well as, the refusal to revoke their mandates upon return.

For historical reasons, Prime Minister of Hungary Orban has a special place in Ukraine’s information space as he is the ‘2nd worst enemy’ to the free world, who is allegedly re-enacting ‘Putin’s Novorossiya script’ for Transcarpathian Hungarians.

Ukrainian mass media systematically discredit Warsaw in the eyes of its EU partners by publishing articles about Ukrainians attacked for the use of their native language in Poland although it is not always based on verified facts.

In 2016, Ukraine’s propaganda machine descended upon the Dutchmen, who expressed their opposition to the EU-Ukraine Association Agreement’s ratification through referendum. That time President Poroshenko and Ukrainian officious media accused the organizers of the referendum of launching a direct attack on the unity of Europe.

Since 2017, the issue of Nord Stream 2 has been accorded high priority on Kiev’s international agenda as the project threatening to deprive Ukraine of a large part of its income from Russian gas transit. Thus, all those who support construction of the gas pipeline bypassing Ukraine have become main enemies for Ukrainian ‘spin masters’.

Obviously, German authorities became the main object of Kiev’s information attack. In the article “The Real Colluder With Russia Isn’t Trump – It’s Germany” published by Forbes and preached by Ukrainian media, German leaders were accused of violating the principles of EU energy policies and ignoring the interests of Eastern European countries.

Since October 2017, People’s Deputies from the ruling coalition in Verkhovna Rada were regularly allowing themselves to make anti-German statements. For instance, Ivan Vynnik accused Germany and France of their intention to lift sanctions against Russian Federation and develop business links with Russia, in spite of international pressure on Moscow.

In 2018, numbers of Ukrainian propaganda material were scaled up with the approach of the date when Gazprom would grant permissions for the Nord Stream 2 construction. Ukrainian website ‘Segodnya’ (Today) arranged an exclusive interview with British expert Alan Riley, who called Germany the chief lobbyist to the project and predicted the initiation of court actions against Germany by its EU partners.

The chairman of Ukrainian delegation in PACE Volodymyr Ariev and the president of the Center for Global Studies Strategy XXI Michael Gonchar, who told about German corruption in the sphere of energy and Berlin’s wish to gain control over all Russian gas supplies to Europe, are now engaged in building the image of Merkel as the Europe’s enemy. The recent short visit of the Federal Minister for Economic Affairs and Energy P. Altmaier to Kiev before his travelling to Moscow was characterized by Gonchar as Berlin’s hypocrisy and its ‘double game.’

Aggressive information campaign against Germany is vividly illustrated by the statement of Ukraine’s Deputy Minister of Foreign Affairs for the European Integration Olena Zerkal as she blames Germany for its wish to induce Berlin’s policies to the EU countries through usurpation of natural gas market.

Thus, Ukraine does everything possible in order to discredit both international and Merkel’s European policies, which is, according to Kiev, one step away from tearing Europe apart and completely antagonizing the USA. With the aim to condemn the actions of Germany and other Western partners, Ukrainian media are using the same methods as they use on the Eastern information front, namely, falsification of facts, the use of untrusted sources, adducing views presented by corrupted experts, and aggressive presentation of material. All this leaves no spaces for readers to evaluate Berlin’s activities prudently. And yet, effectiveness of Ukraine’s propaganda machine remains questionable. Poroshenko’s visit to Germany in May to negotiate with Merkel and Macron has been found to be a failed one even in Ukraine. It may be an indication that Kiev’s attempt to put information pressure on its Western partners has had the opposite effect.

Yeah,yeah. Ukraine isn’t ok. We all know it for sure.

Be honest. At first, I also thought that Ukraine is striving for a democratic future. However, the ongoing scandals and Poroshenko`s stupid and aggressive policy have disappointed. I do not see the future of Ukraine under the current government.

It looks like Europe and the USA have lost control over Ukrainian government that like a naughty child does whatever it wants.

Is Ukraine the problem itself? Ukraine is just a symptom. Syria, USA, North Korea, Afghanistan, Israel, Venezuela, etc. – they all are a syndrome. It is not that something is wrong with Ukraine. Something is wrong with the entire world.
As for Kiev, they are simply doing what they were told to do. “A victim of the universal enemy”, “the last defender of civilization” – does such important mission not allow to decide independently what exactly and from whom needs to be protected?

Of course Ukraine does what it is ordered to do. But the thing here is that in this particular case they do it quite willingly. It’s a no-brainer that Ukraine wants Russia to abandon all by-passing gas pipelines, otherwise it will lose a great deal of transit money. I guess, Russia would be doing just the same, were it in Ukraine’s shoes.

National selfishness is a natural thing. As a rule, it ends where the interests of other, more powerful states take start. Ukraine is allowed to intrude so deep in the sphere of interests of the same Germany because of ideological considerations. It’s just the way it is happening with migrants! This is why I wrote that the problem was not in Kiev, but in the forced that upheld Kiev. In case of a balanced system of international relations, one may respect interests of others because they are understood by all participants. But how can one respect phantoms of alien collective… Read more »

I look at it from this point of view… The forces behind Kyiv i.e. the United States have a great finincial problem to solve – national debt. In a stable and rule-based global economy all they do is accumulate this debt, while what they need is quite the opposite. So they try to jeopardize traditional ways of making political and economic deals and turn everything into controlled chaos on a global stage, so that no one could apply rules and laws. In other words, what they do is outlawing the law. To some extent they have succeeded so far, however… Read more »

Uncle Sam’s hand is a story in its own right. And I wanted not to point why Ukraine became boorish, but to note why Germany and the rest are ready to forgive it everything. Even when it is against their own interests if only Kiev continue to pronounce its commitment to European values. In my opinion this is a dead end and example of how ideological stereotypes dominate over common sense what is typical for the present day world.